This weekend, our backyard harvest was so big that I had to face facts – the peppers were not going to fit in the fridge. So it was time to get to chopping. 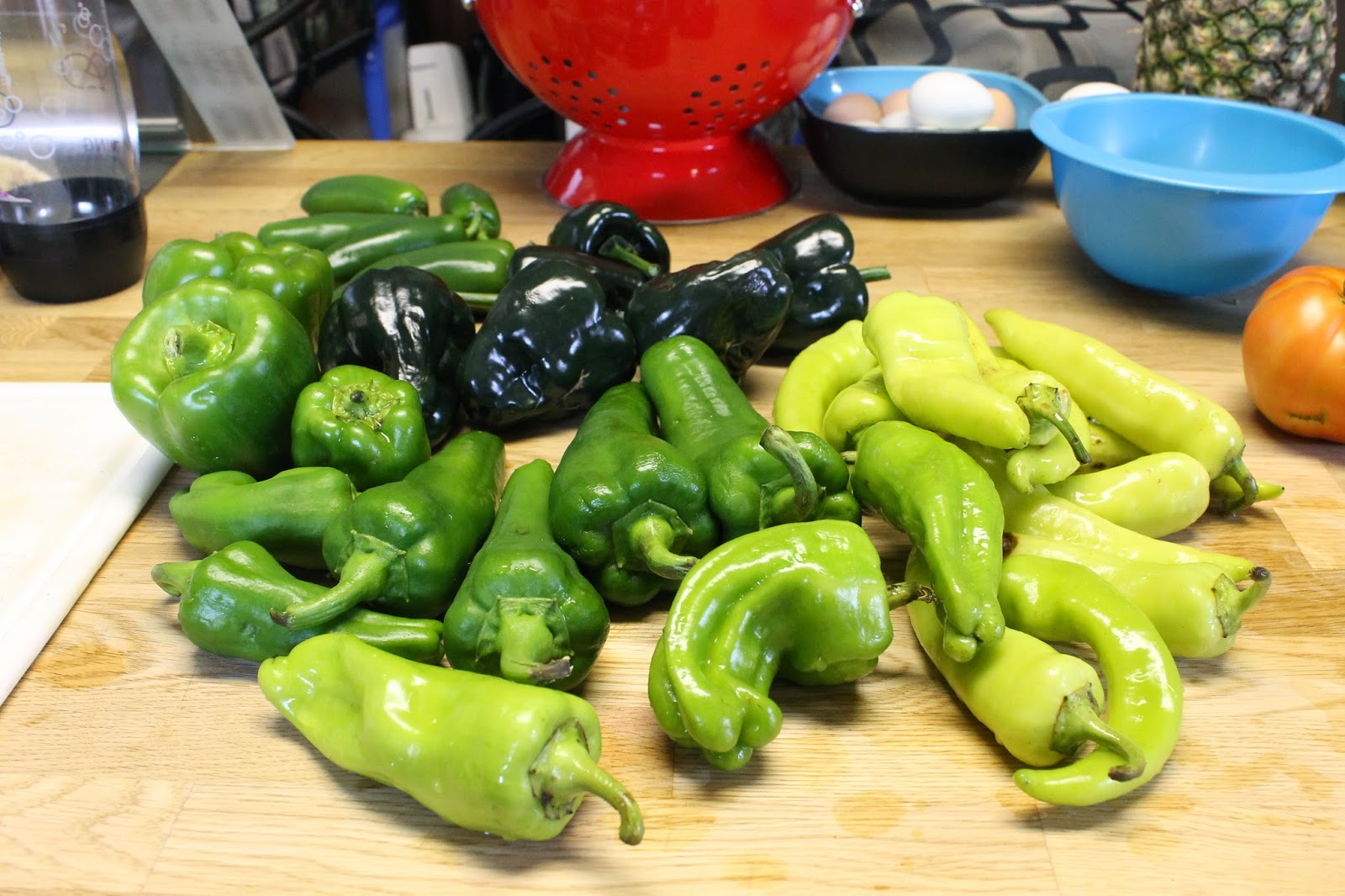 I had sweet bell, poblano, hot wax and jalapeno peppers, so I started with the sweet and worked my way up to hot. I cut them into wide pieces – 4 for the larger peppers, and 2 for the small hot peppers. 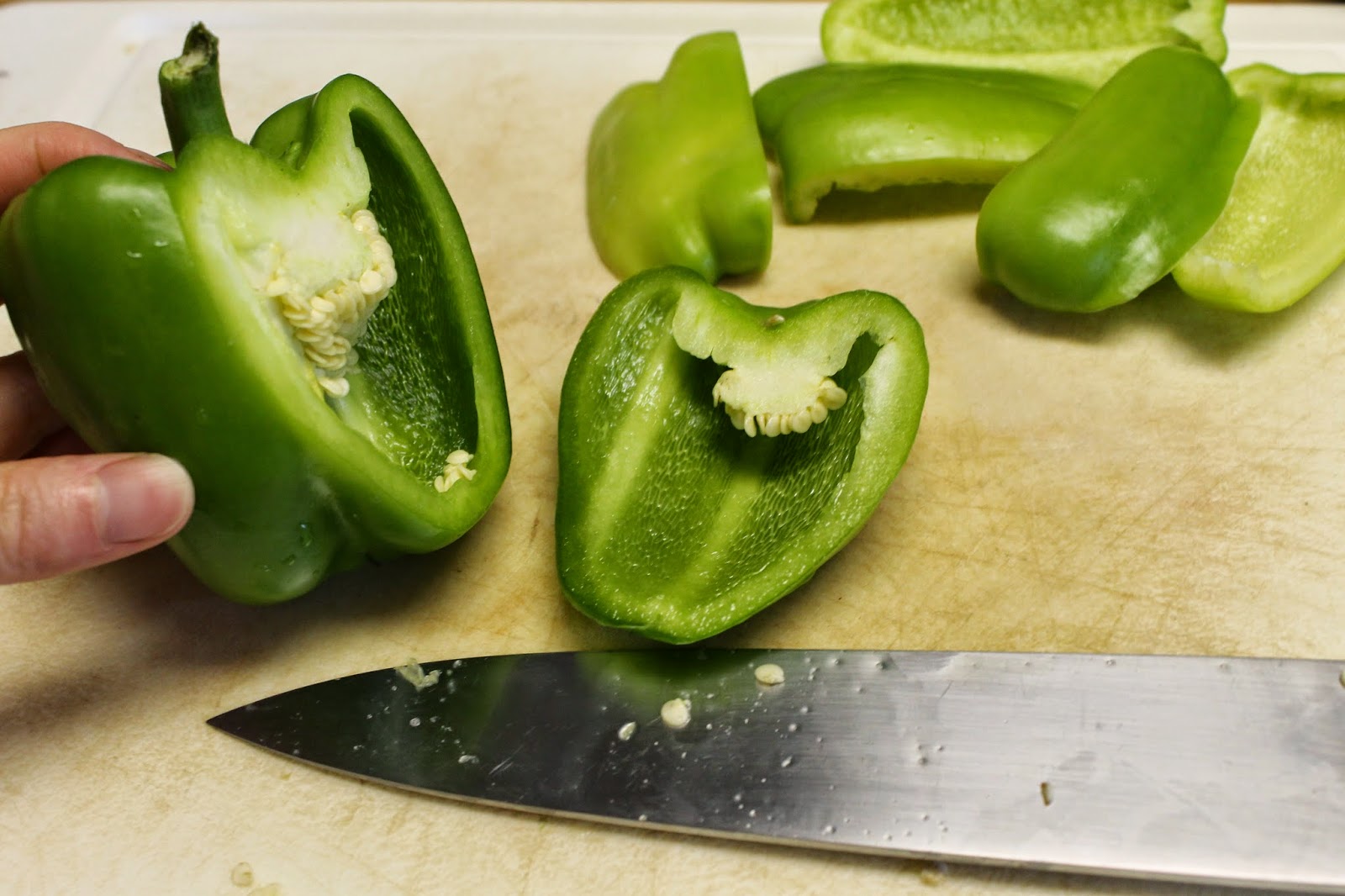 After pulling out the seeds and pith, I laid them out, skin side up on a cookie sheet with foil. 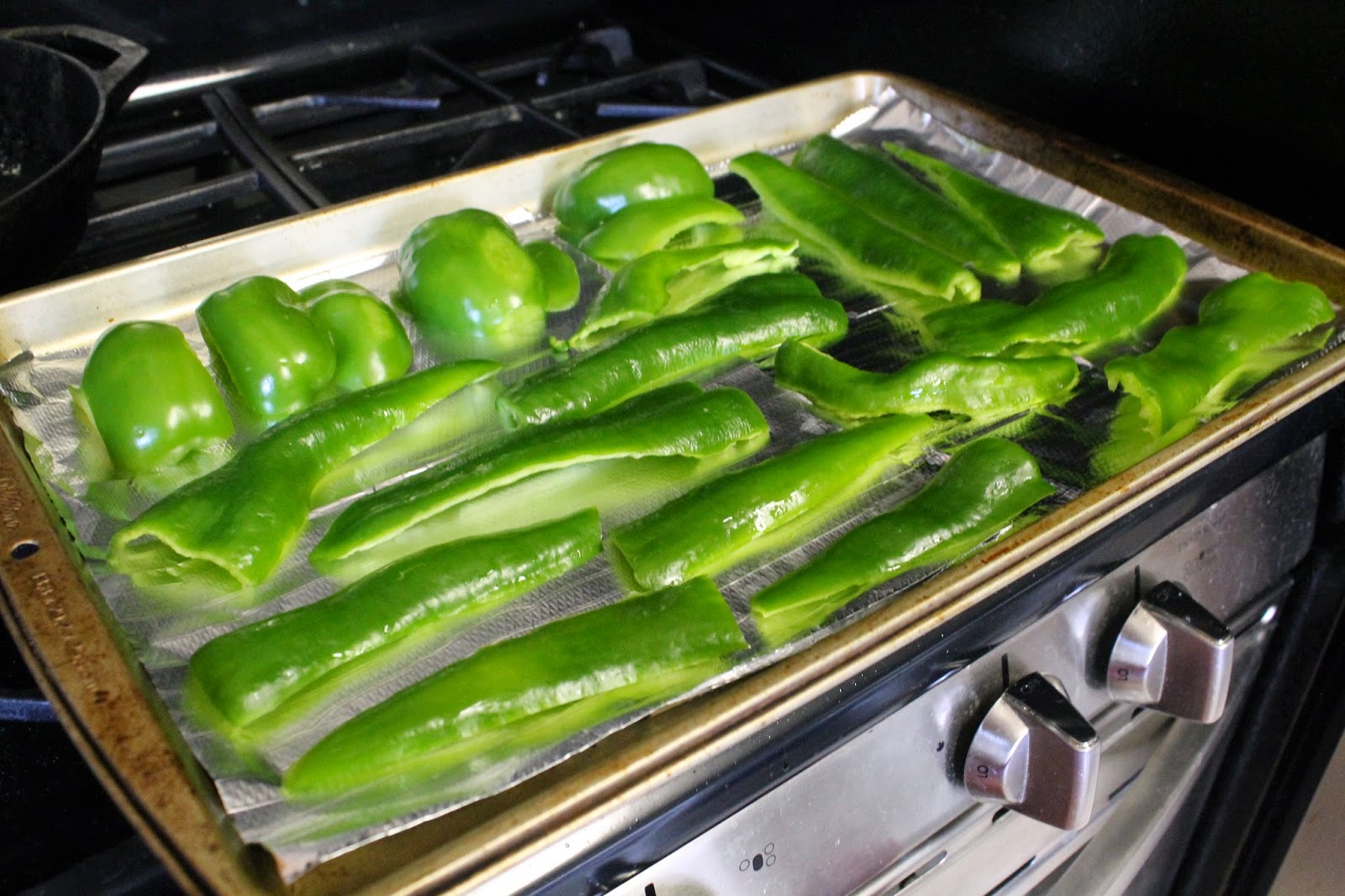 After a few minutes under the broiler, the skins start to blister and blacken. 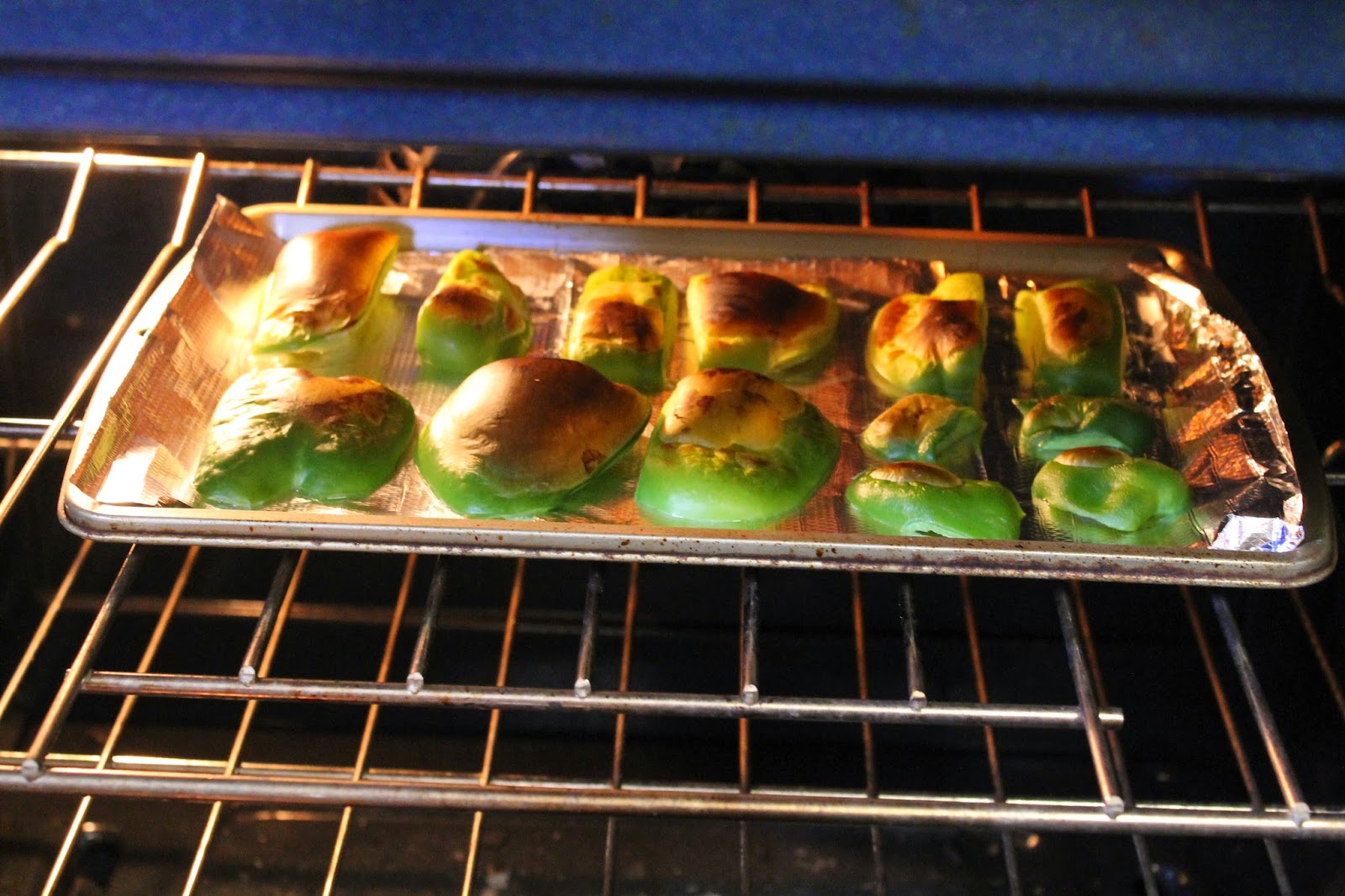 I didn’t do a great job of capturing the next step on video because my hands were covered in skins, but once the peppers come out of the oven, you can peel off the blistered skin to reveal the roasted pepper flesh underneath.

I will note that I did use gloves while cutting the hot wax and jalapeno peppers, though they must have had Scoville units off the charts, because I have major hot pepper fingers today. I’ve had pepper in my eyes before, or on a finger or two, but nothing like this. I am not sure if the peppers being really hot made some of the gloves’ protection break down, but all 10 of my fingers – not just the tips – are suffering. Remember that hot peppers can vary in their strength – it’s not just habaneros that will burn you.

*Edit* I did some research and apparently capsaicin can burn through latex gloves, which is why I got hot pepper hands. The safer kinds of gloves are nitrile or rubber dish gloves, though thinking of peeling the skins off of pepper pieces wearing rubber dish gloves is just not at all appealing.

I laid them on another cookie sheet with a piece of parchment paper on it, making sure that they didn’t touch each other, if possible. 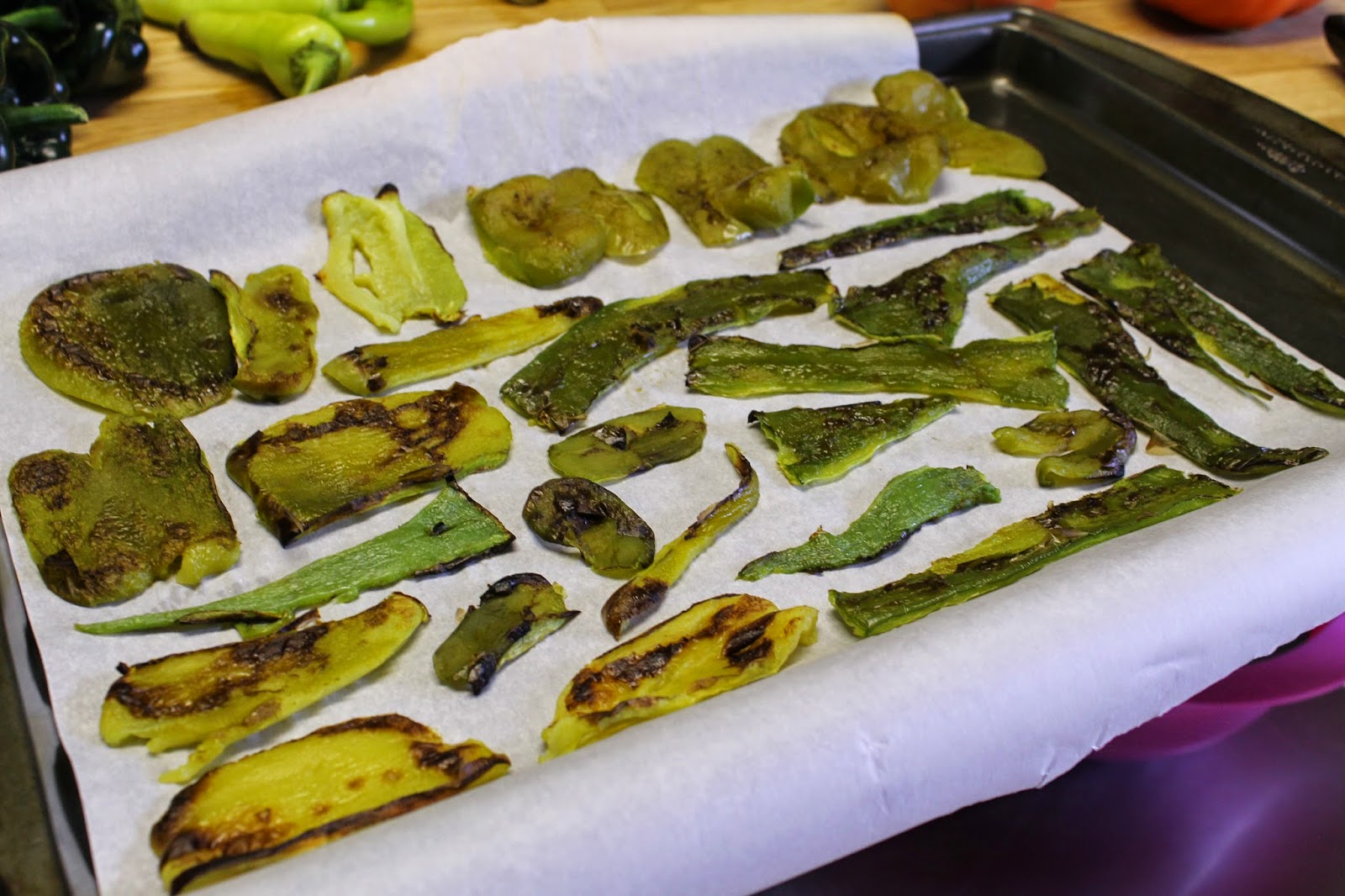 After they were completely frozen, I put them in Ziploc freezer bags, marked with the type of pepper. 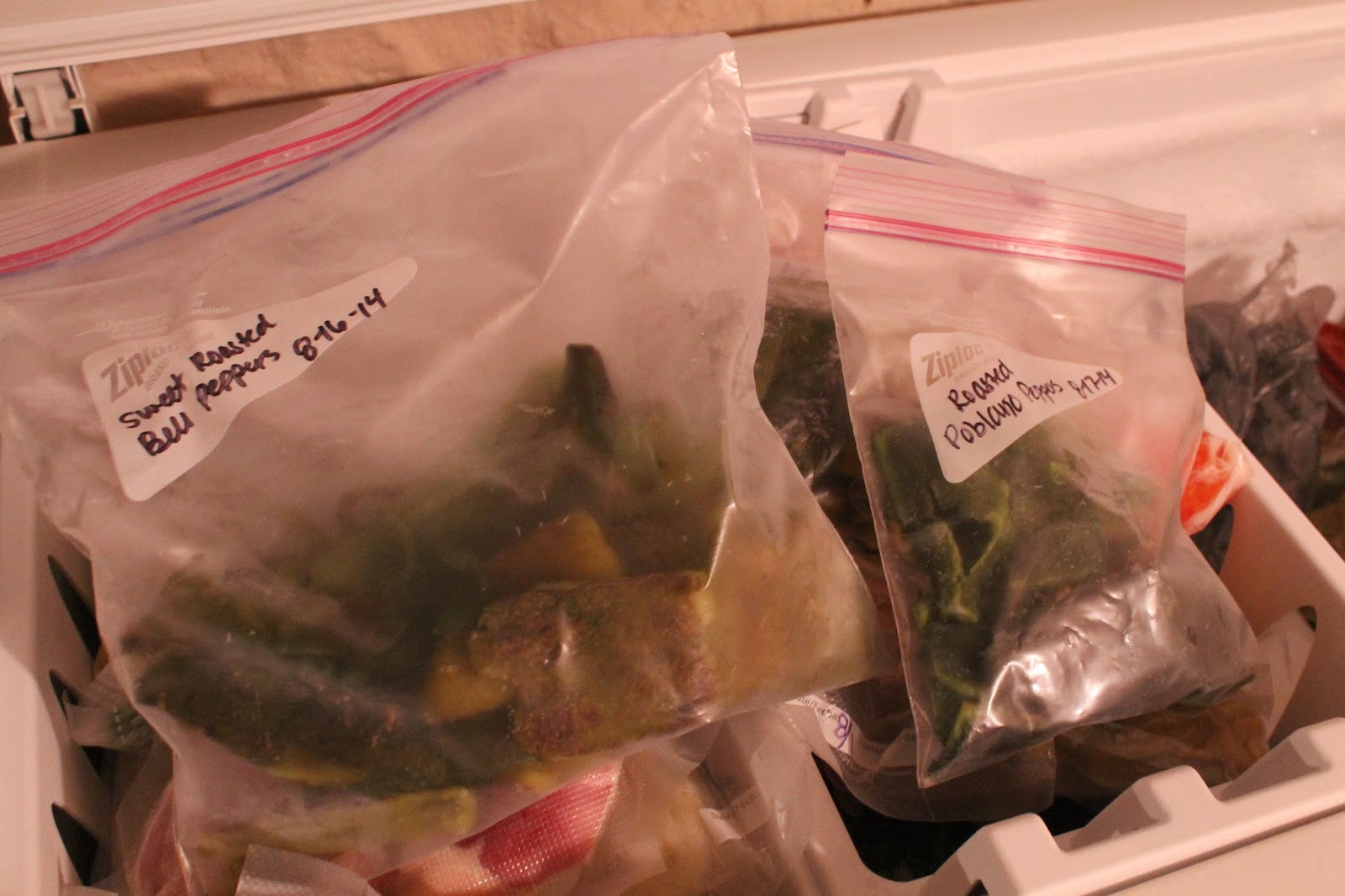 Now when I need them, I can take a piece out and basically rinse it under hot water to “wake it back up.”

This is a great way to preserve peppers, since they are now roasted and ready for sandwiches or other recipes that call for roasted peppers. You can do as many or as few as you have, too, so it doesn’t require you to have the right quantity as many canning recipes do.