This was the fourth and final week of comparing my Whole Foods grocery cart to Giant Eagle. I wasn’t able to get to the store to compare, so I used the special online service that Giant Eagle has called Curbside Express. You make a shopping list online, selecting specific items, and then you can pull up to the curb and pick up your groceries, all packed and ready to go, for a small fee. I checked, and the prices online are the same as in the store, including sales. (They make money off of Curbside Express by the fee for the service, not the prices of the items.)

This is a great way to check prices on groceries without having to leave your house. (This only works for the Market District stores that offer this service, and their selection of items is much larger than a regular store.) I left off the items that I’ve price checked previously, so the list was rather small this week.

I was really surprised to find a couple produce items that were cheaper at Giant Eagle. Cabbage was on sale at both locations though, because of St. Patrick’s Day.

For the sea bass, I called it a draw, since fresh fish is almost always more expensive than frozen, and that’s what Giant Eagle offered. Plus, I was unable to determine exactly where and how the fish was sourced to see if it was Seafood Watch approved.

The coffee that we drink is whole bean and is roasted by a local espresso place called La Prima. It’s fair trade and organic, and $1 from each bag goes to Grow Pittsburgh, an urban agriculture non-profit in our area that we support. The coffee is amazing and we have a hard time straying from that particular roast, though a bag does last us for quite a long time. Having a Keurig and filling our own pods with grounds really saves a ton of money, because we don’t make a giant pot of coffee that might end up being poured down the drain. Also, I’ve had people make comments to me in the past about how it’s ridiculous to pay $14 for a pound of coffee, but when you buy Keurig pods, you are paying about $50/lb for lower quality coffee. If you are buying Keurig Folgers pods, you’re paying 3 times what I pay for premium coffee.

Price checking has been an interesting experiment. Doing it over a period of 4 weeks covers most of the things we buy at a store during a given month, though these lists would be very different in the spring/summer/fall when we source most of our produce from our CSA and from our local farmers markets (when it doesn’t come from our own backyard). It’s confirmed for me that for the size of our family and what we eat, Whole Foods is the right place to shop.

We are, however, starting to buy a few more grocery items at Costco than we were previously, so I will price compare there at some point as well.

This is my third week of price matching. In the interest of space and time, I’ve eliminated from the list items that have appeared before, which we typically buy every week, as long as the prices at both stores were the same as previously reported. So this week is shorter.

I also noted where items were on sale. Whole Foods does not have a loyalty card like Giant Eagle for sale access, which is a benefit if you are skeptical about giving companies information for their marketing purposes. When I mark prices for Giant Eagle, I take the Advantage card price if something is on sale and mark it. It seems their organic items don’t go on sale very often.

Whole Foods has the edge on this week’s groceries too. I’m going to do this for one more week with Giant Eagle. I’m curious this spring to compare prices for produce with local farm markets.
I also thought it would be interesting to “price check” the items we get in our CSA against the average cost per share for the summer. This wouldn’t be an exact comparison, since there are many benefits besides cost to using a CSA, but it is often praised as a way to save money on produce, and it would be interesting to see if that’s strictly true.

Week 2 of my data gathering experiment was similar to last week, again with a few pleasant surprises. (For some background on this project, check out week 1 here.)

This week was also a bit odd for us with the contents, since we were having people over Saturday night and thus bought some extra things that we wouldn’t usually have around the house.

I was happily surprised to see Giant Eagle beat Whole Foods when it came to bacon and that Giant Eagle carries a brand that is hormone and antibiotic free. Also Giant Eagle was having a good sale on Muir Glen organic tomatoes, which beat out Whole Foods’ generic ones. The fresh herbs were also cheaper at Giant Eagle, which was strange since the produce is generally entirely cheaper at Whole Foods (which the produce person at Giant Eagle told me flat out).
The milk is from a local farm that supplies stores regionally, and I was surprised to see such a price difference – likely because of volume.
Probably the biggest impact this comparison had this week is to remind me that we have a pork belly to cure to make our own bacon, and we have soup bones in the freezer from which to make beef broth. I need to plan better to be able to make some of these things at home, which makes them even more affordable than either store can carry them. At least we’ll be making a stewing chicken this week, and can make stock from the bones. (Look for a how-to post about making your own chicken stock using the crock pot, coming up soon!)
—-
Congrats to Donna C, who wins the copy of Omnivore’s Dilemma and Food, Inc. from the Next Gen House anniversary giveaway. Thanks to the few and the proud who entered! 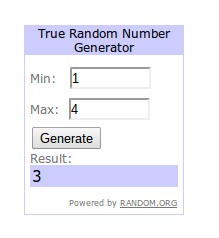 When it comes to grocery shopping, there’s an experiment I’ve been wanting to do for a long time. I wanted to take the time to price match an entire week’s worth of groceries to determine if Whole Foods is really so outrageously priced as people like to say that it is. So this week, I wrote down the exact items I purchased at Whole Foods and took my list to Giant Eagle Market District, which is the most comparable store that is “conventional.” We have other health food stores in the area, but they are smaller and wouldn’t likely be able to get the price comparisons that Giant Eagle and Whole Foods would. (For those of you not from western PA, Giant Eagle is our region’s version of Kroger or Publix. Market District stores are special stores with expanded selections of food, and in my opinion are designed to be competition for the dollars of consumers that are looking for more than just the basics.)

I did this with a completely open mind, as a data gathering experiment. So I wasn’t out looking for ways to make my own preference of stores “win.” And ultimately there are many factors to consider when it comes to where you shop – price isn’t the only factor. I also didn’t evaluate the quality of the items on taste or on the freshness of the produce, etc.

In some instances, one store did not carry some items that I found at another store, so I did the closest comparison. (For example, Whole Foods had some organic products I purchased and Giant Eagle only had conventional and vice versa.) I noted these differences as best I could.

Also, I should note that I realize that a two-adult, two-income home with no kids to feed has a different grocery budget than many other family configurations. This isn’t meant to be a judgment on what you buy or to present what I buy as the “best” groceries. It’s merely a price check experiment for one household – not a moral judgment. On to the data.

For this week, Whole Foods was the better choice overall. You’ll note that for dairy products and deli meat, even though the prices were more expensive at Whole Foods, I chose them as the better option for me, since I don’t eat meat with antibiotics or growth hormones, and the same goes for dairy. So if you eat conventional deli meat, you’d want to go with Giant Eagle. Ironically, the better quality cheese was even cheaper at Whole Foods.

I also made some choices on produce at Whole Foods because of other factors (whole trade, location and method of growth), but some of the exact comparisons were cheaper at Whole Foods and others at Giant Eagle. From week to week, it will likely vary, as different shipments come in and growing seasons across the world change.

I was pleasantly surprised to see some of the prices the same at both places, or very comparable. Also pleased to see that Giant Eagle’s bulk section is so large and also gives Whole Foods a run for their money ($4 cheaper per pound for cranberries? whoa!).

This also makes me note – if I had more time, many of the things on my list I could make at home (fresh raw sauerkraut, sourdough boule, English muffins, yogurt). It would be interesting to do a price breakdown of what it costs to buy a loaf of sourdough boule at the bakery v. making one at home, also including the time/labor factor.

I am intrigued enough by the results of my findings that I am hoping to continue this series regularly (as long as I am able to get to the two stores to do it!), since we buy different grocery items most weeks. Plus, this also gives me an idea if it would be better for me to shop around. Typically, I only shop once and at one store, because frankly running errands in crowds drives me insane. But to save significant money, I would probably make the effort.