Our garden’s swiss chard has thrived so much this year that it actually got away from us. We eat a lot of vegetables, but two people can only eat so much in a given week. We hadn’t picked any chard in probably three weeks, and in that time the plants got huge, to the point where they were starting to be attacked by pests.

I decided to harvest it all, in the hopes that we’ll get another round later. But this is what I picked from the 5 or 6 plants we have. (OK, plus the peppers, few tomatoes and bag of green beans.) Knowing that you can obviously buy frozen spinach, I decided to try something new and freeze greens at home. 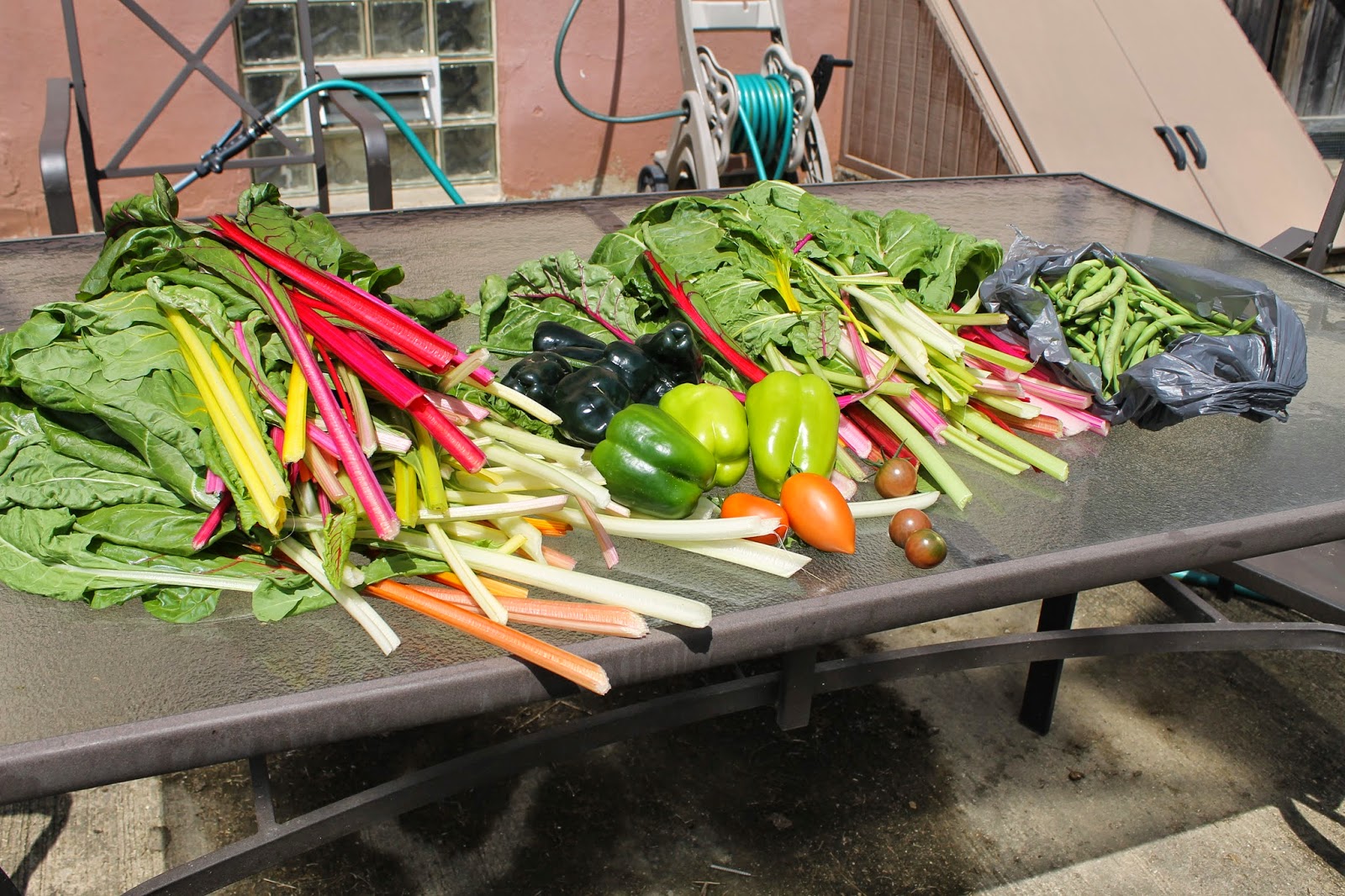 After I took out some chard to make tacos, this is what was left. I separated the leaves and the stems for ease of chopping. Those are decent sized bowls, too. 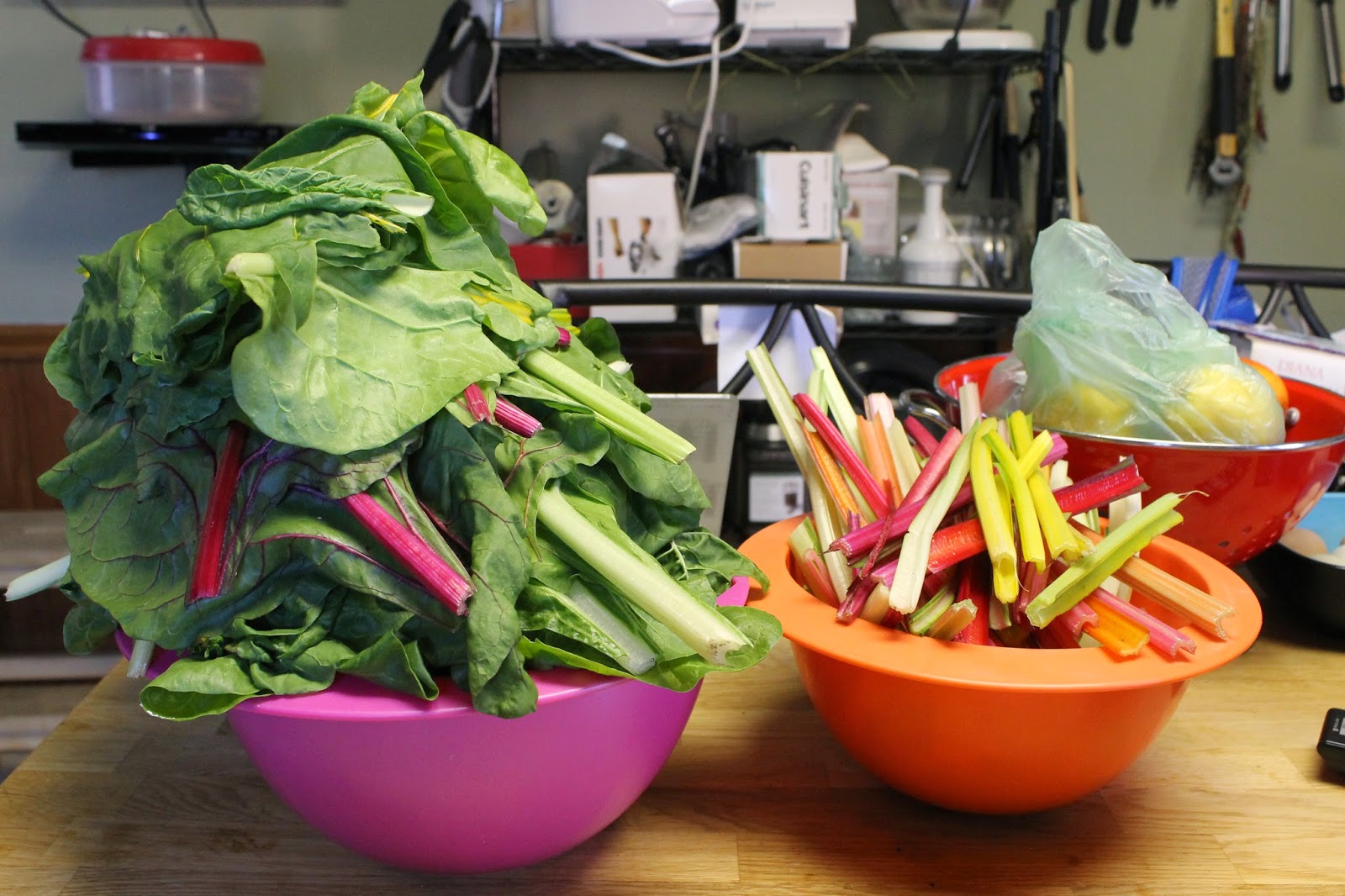 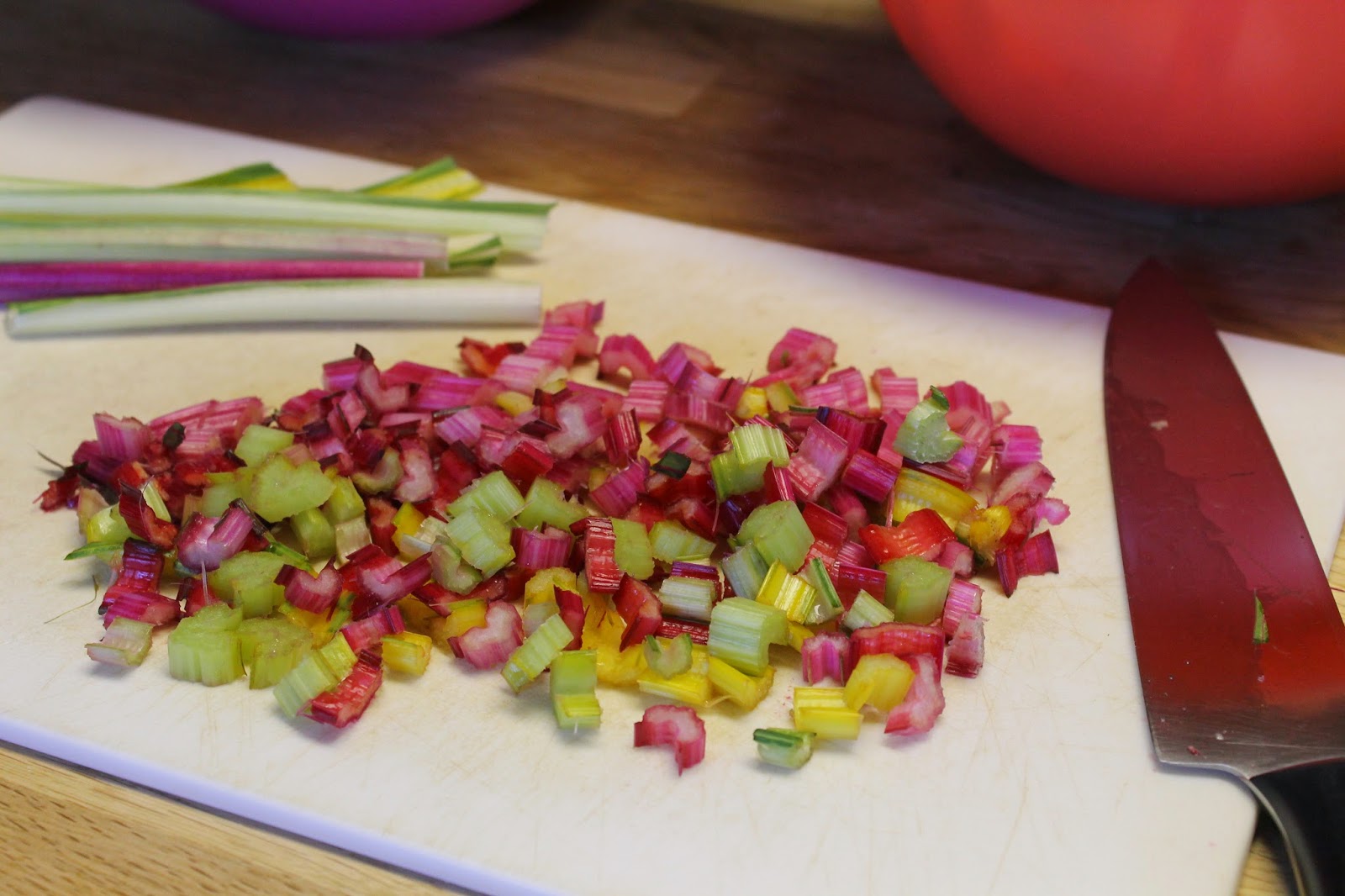 While I was chopping, I was bringing a large pot of water to boil. Once it was up to temp, I would take batches of leaves and stems and blanch them for about 3 minutes.

Blanching is a quick dunk in boiling water – you can do it with beans and tomatoes, too. It kills the enzymes that make vegetables decay, so they will stop “going bad” in the freezer and retain their color and flavor. I hear you can buy blanchers that are strainer type things that go inside the pots for ease of removal. That would probably be helpful if you’re blanching greens like I was, because man those stems and leaves were hard to fish out.

Once they were out, they were dunked straight into a bowl of ice cold water, to bring down the temperature and abruptly stop the blanching process. 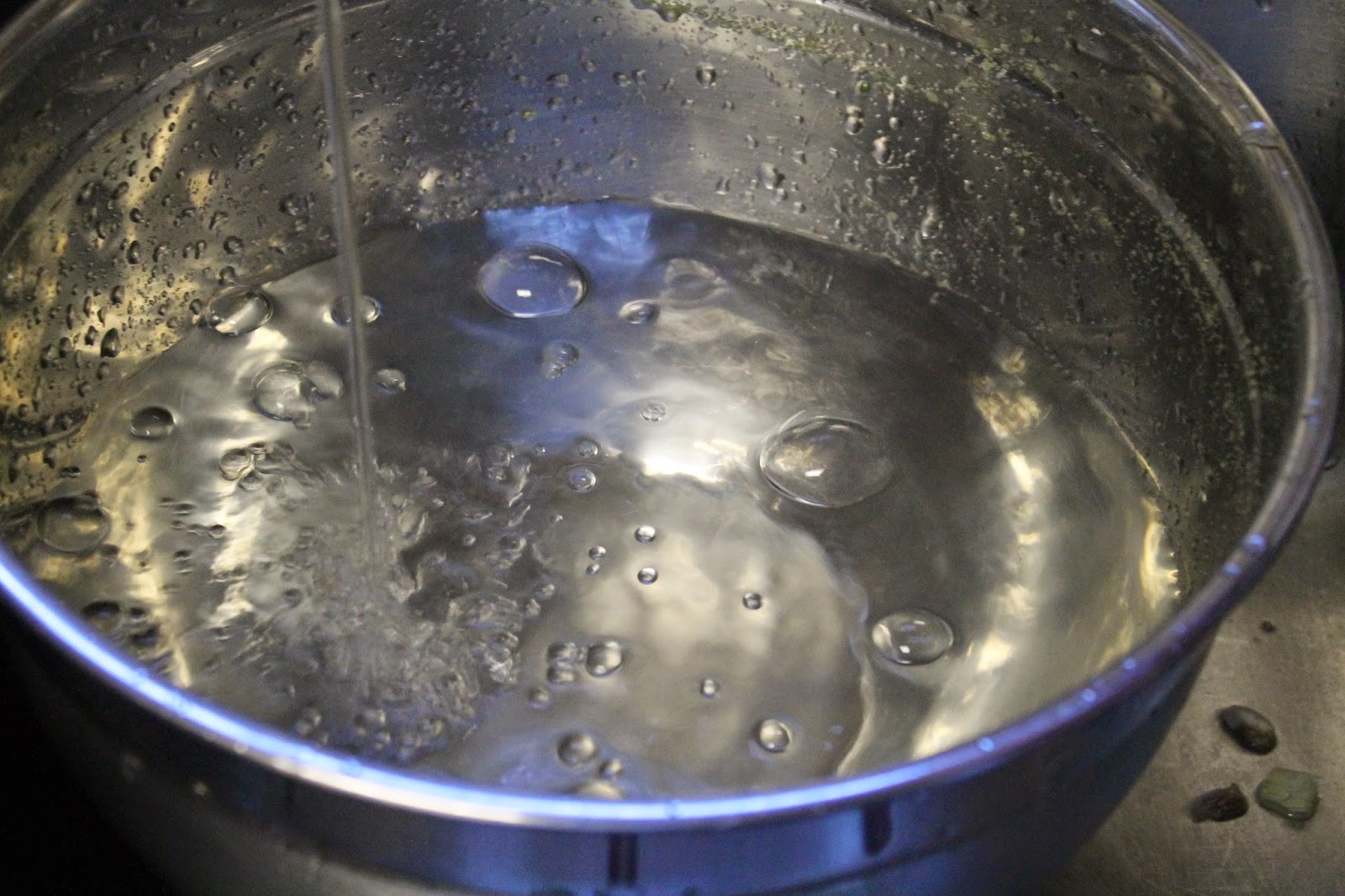 Then it was time to squeeze. The soggy chard hung out in a colander until I added another batch and then another, and so on. 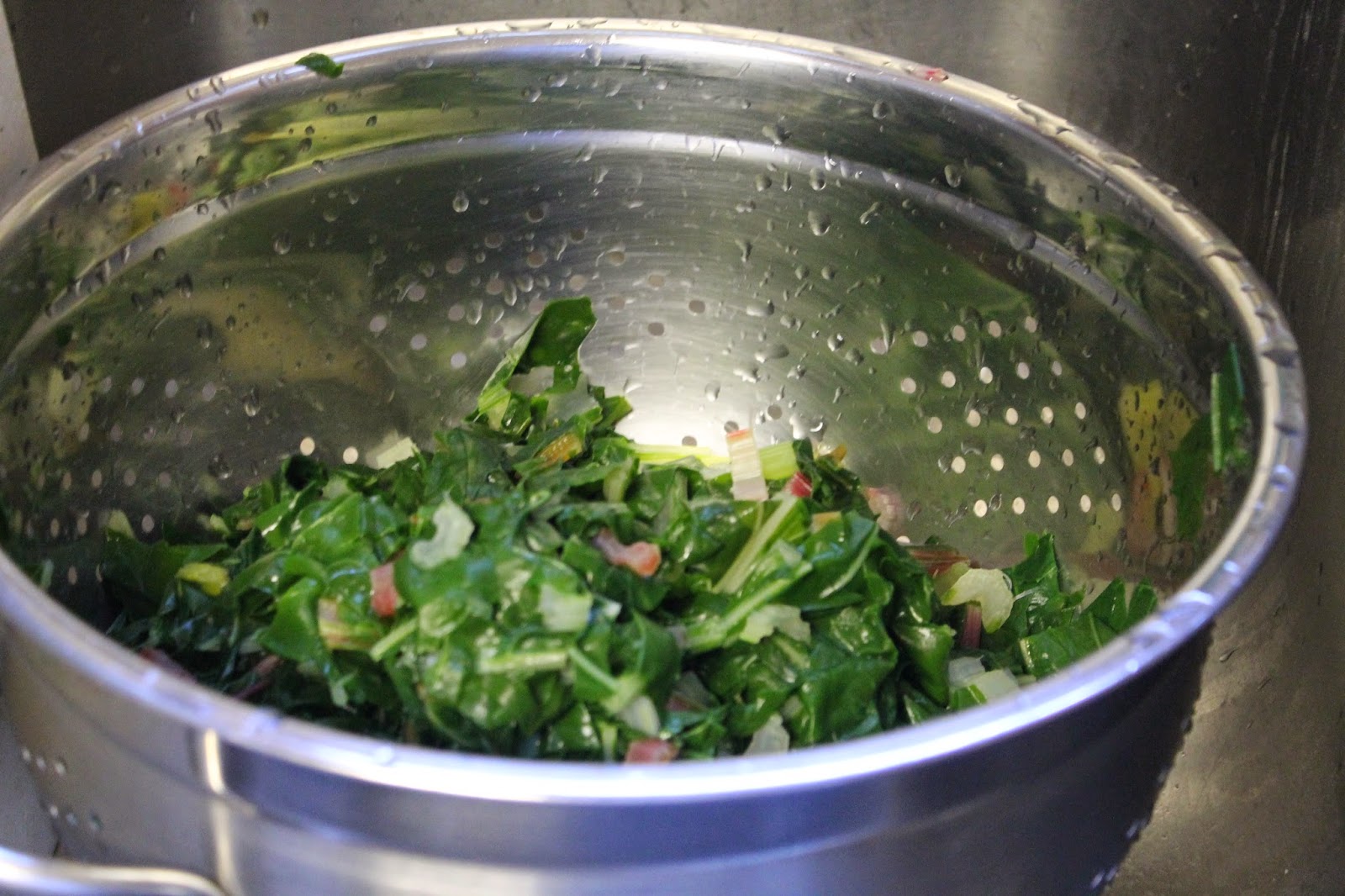 After all of the chard was blanched, rinsed and cooled, I picked up handfuls at a time and squeezed as much moisture out as possible. Each ball was placed on a cookie sheet with parchment paper, for the freezer. 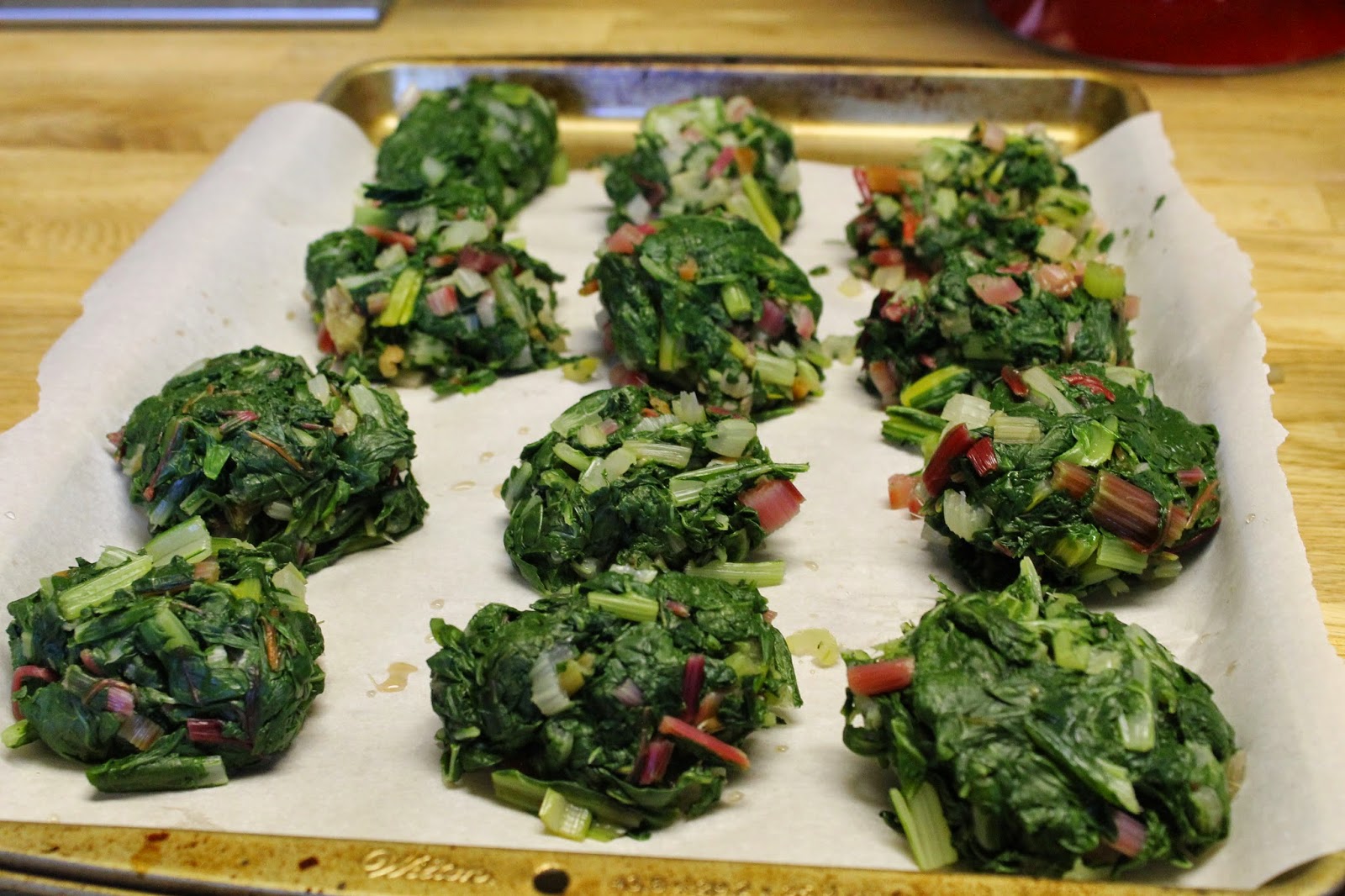 After about 4 hours, the balls were solid and frosty. 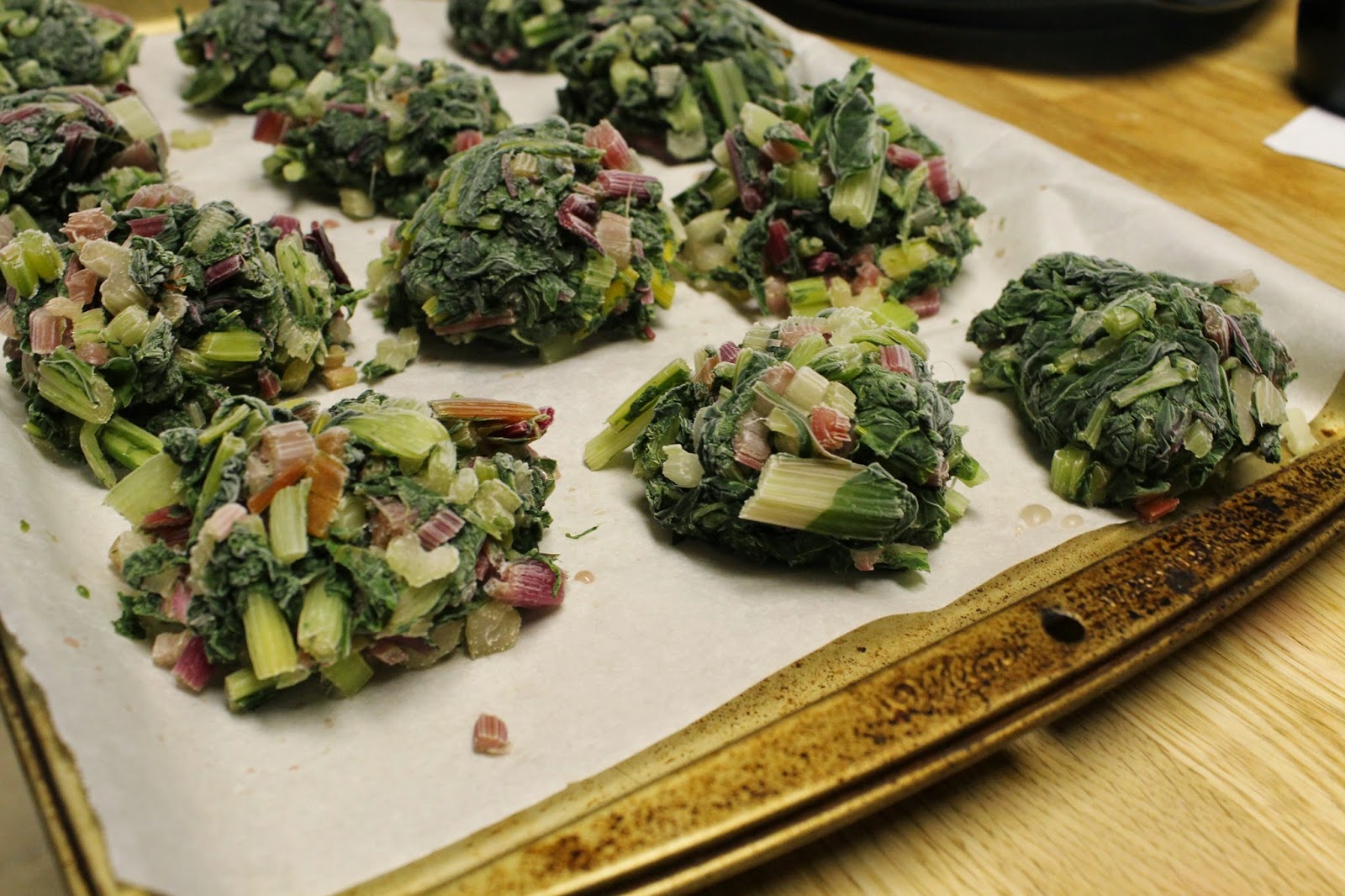 Just like the peppers, the swiss chard balls went in a Ziploc bag, with the date as well as a reminder that each ball is about a serving. 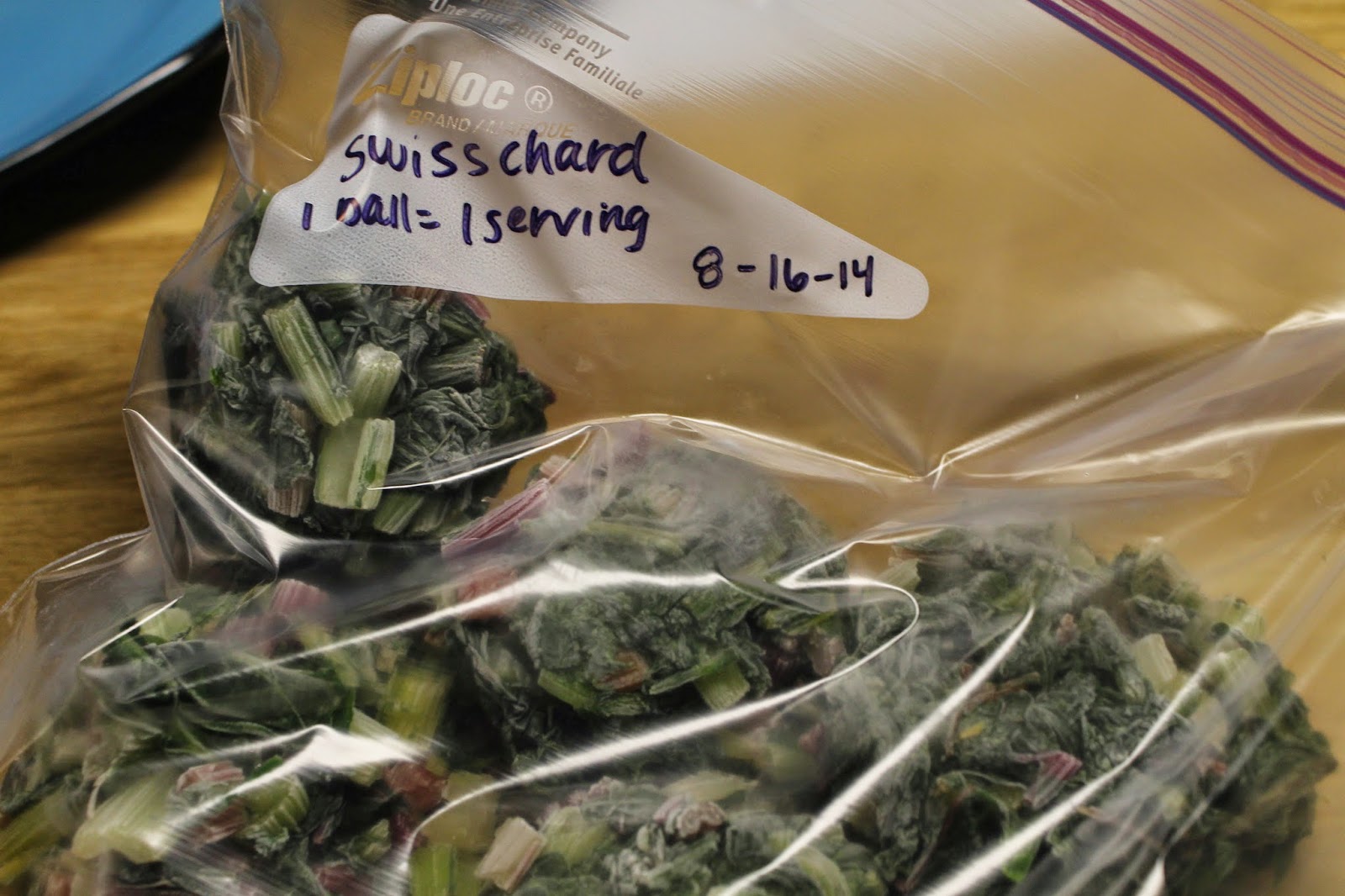 Now they’ll be ready to defrost and saute when we need them. I’m not sure how well other greens freeze, like collards or kale. But I know that for the recipes and side dishes where we need chard, the frozen balls will be sufficient.

Theoretically you could remove the stems and only freeze the leaves. I’ve seen recipes for pickled chard stems, but since I’m not interested in pickling every single vegetable on the planet, and because I love the stems of chard just as much as the leaves, I included them. I just chopped off the most fibrous portions from the bottom and threw them in the compost.

I can’t believe we’re already on our fourth week of our produce CSA from Kretschmann’s. I feel like each week it’s getting better and better (which is the way it goes in the summer!). Here’s what we have this week (plus some random stuff on my kitchen island I was too lazy to move (frozen yogurt, eggs and some Ball spice jars, which are amazing). 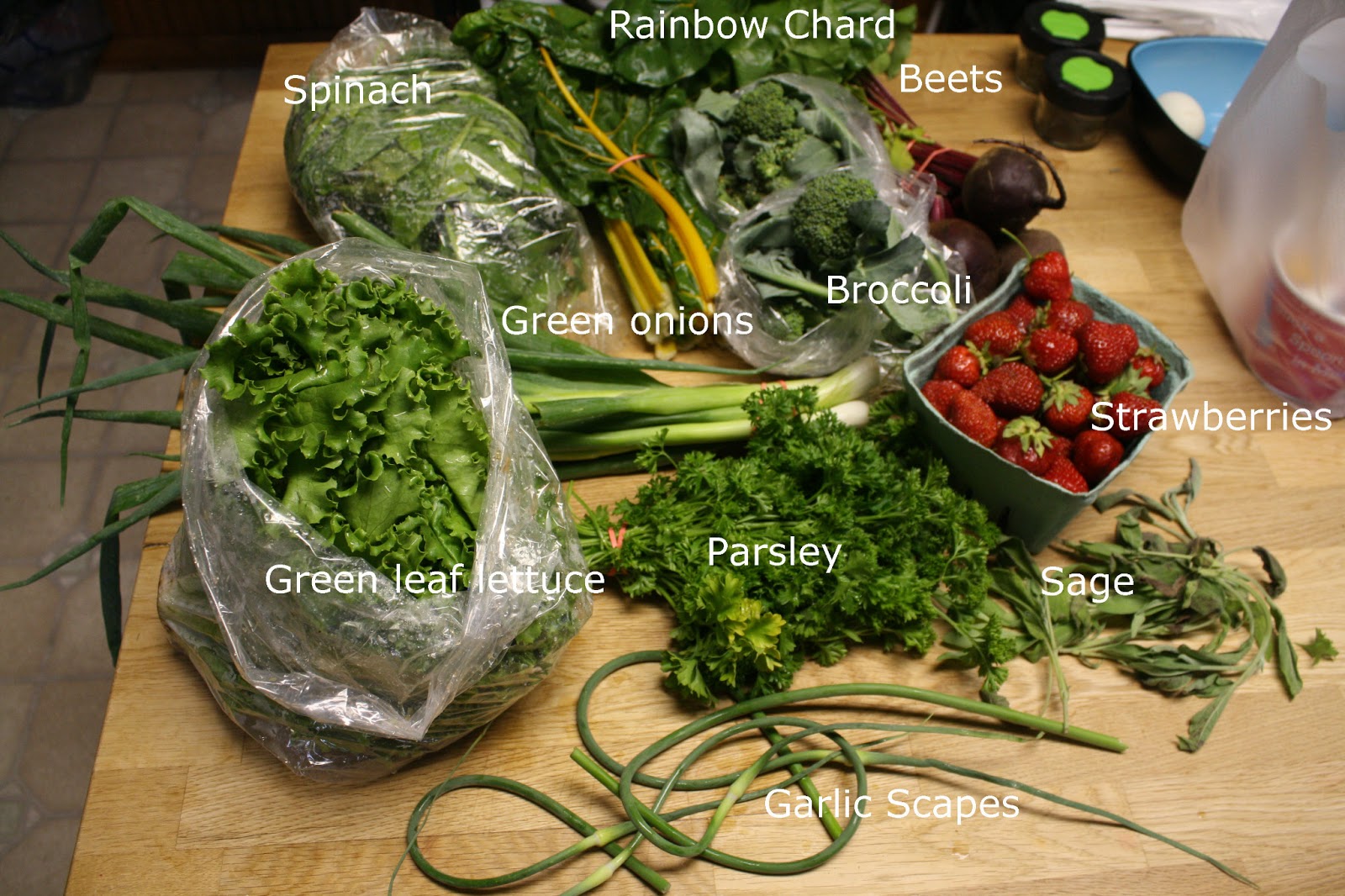 I am really happy to see the rainbow chard – I squealed when I pulled it out of the bag. It is absolutely gorgeous. It sounds hokey, but the colors of nature always get me. The yellow is so vibrant. 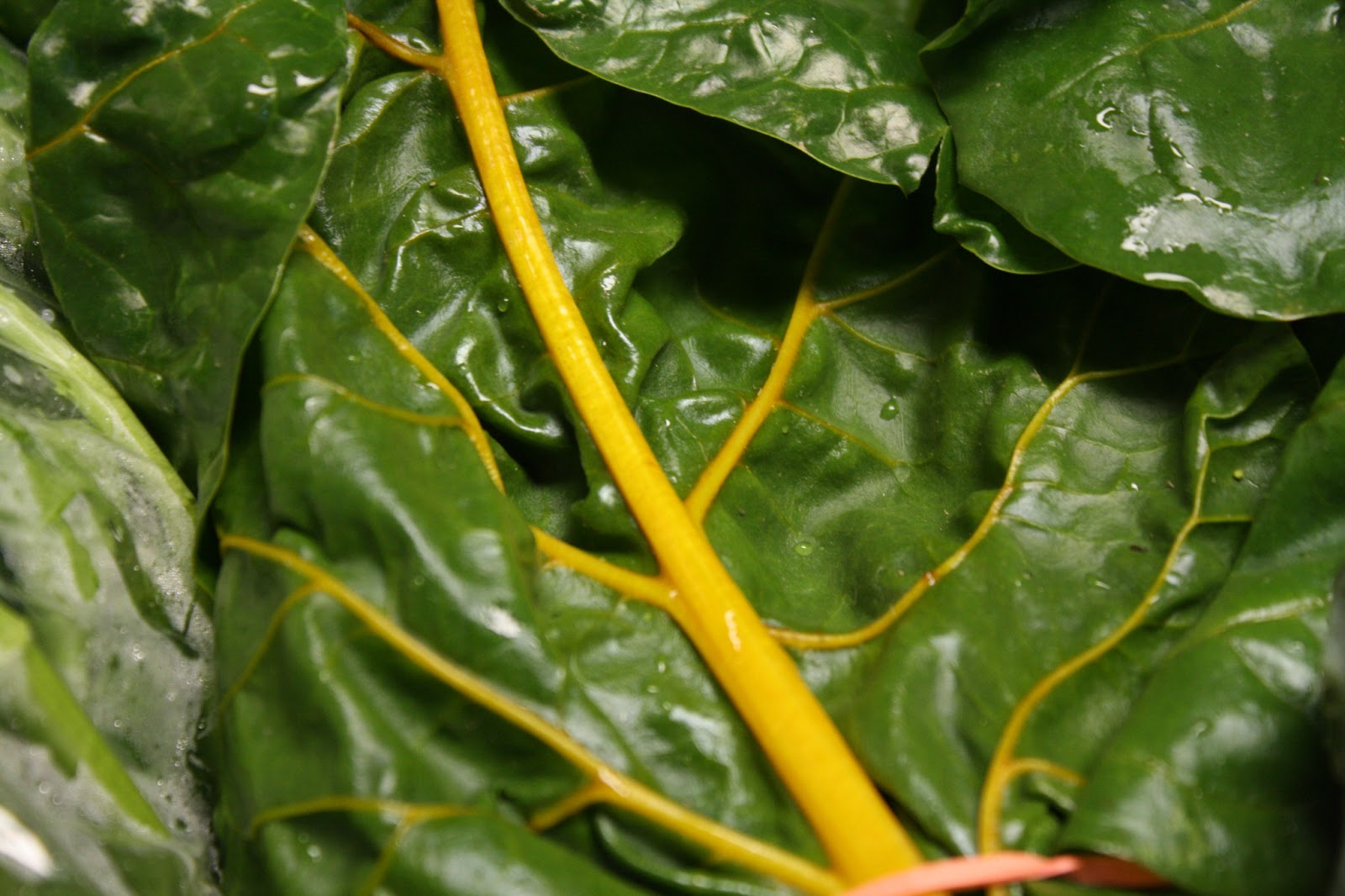 Beets are not really my bag. Haven’t found a preparation yet that I can stomach, though I’ve been told my grandma’s Harvard Beets were pretty amazing. Thankfully Mark has a co-worker who loves beets, so off to work they went this morning. They certainly are lovely looking, though, especially the greens. 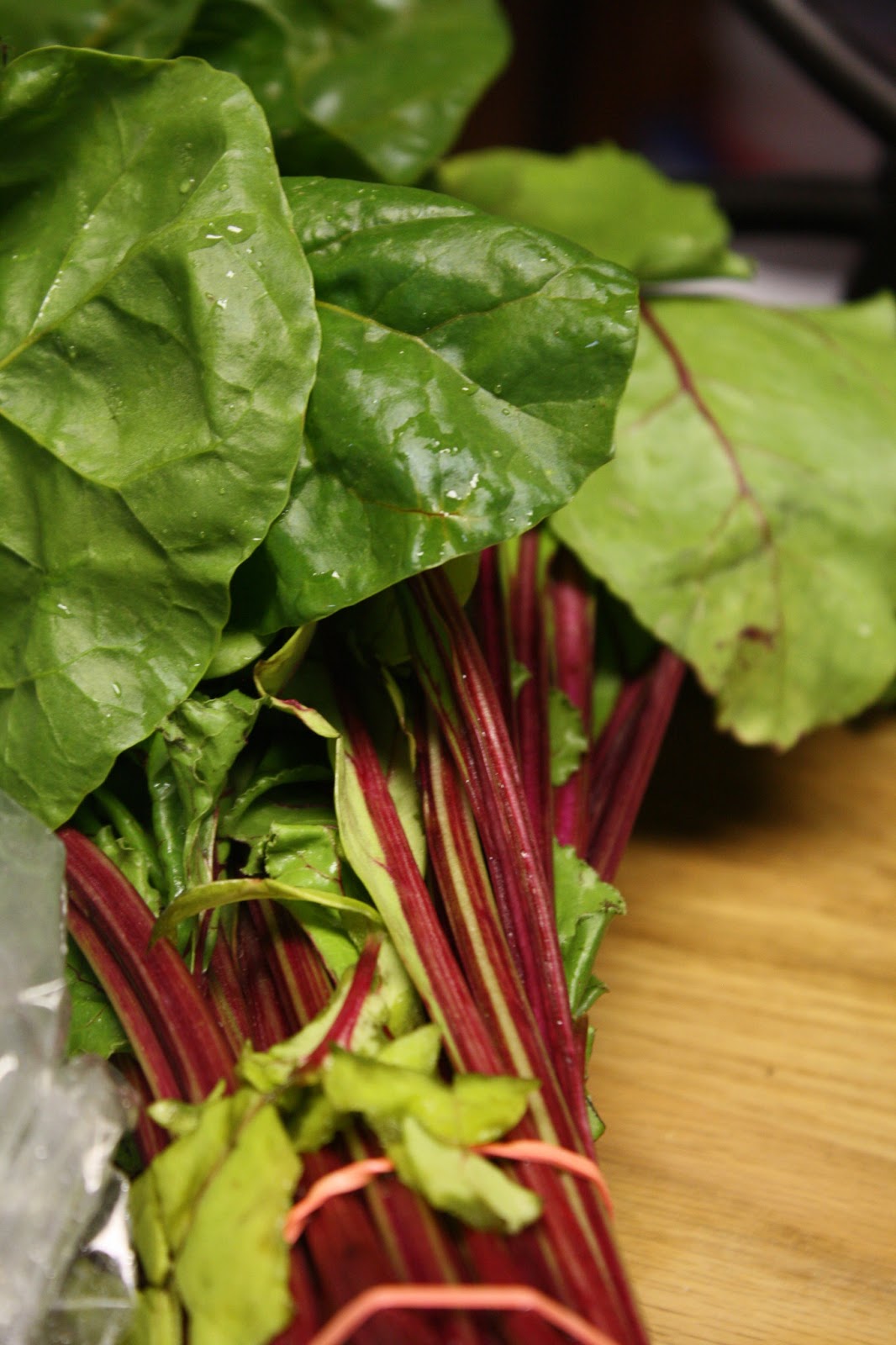 Then we have berries again, which is bittersweet because I know the season will be winding down soon. Thankfully we got an email this week that one of our favorite orchards that goes to our farmers market now has blueberries! 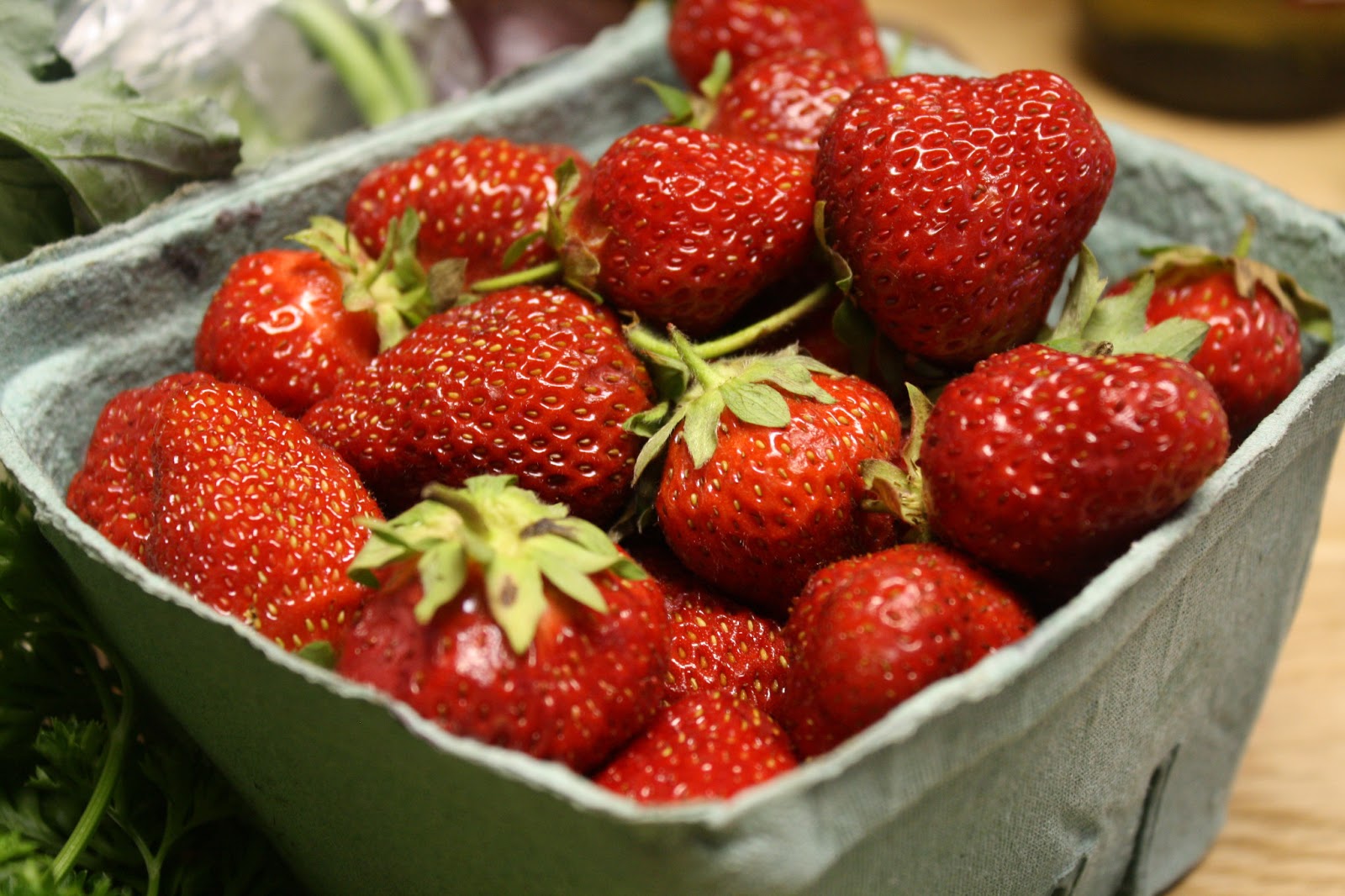 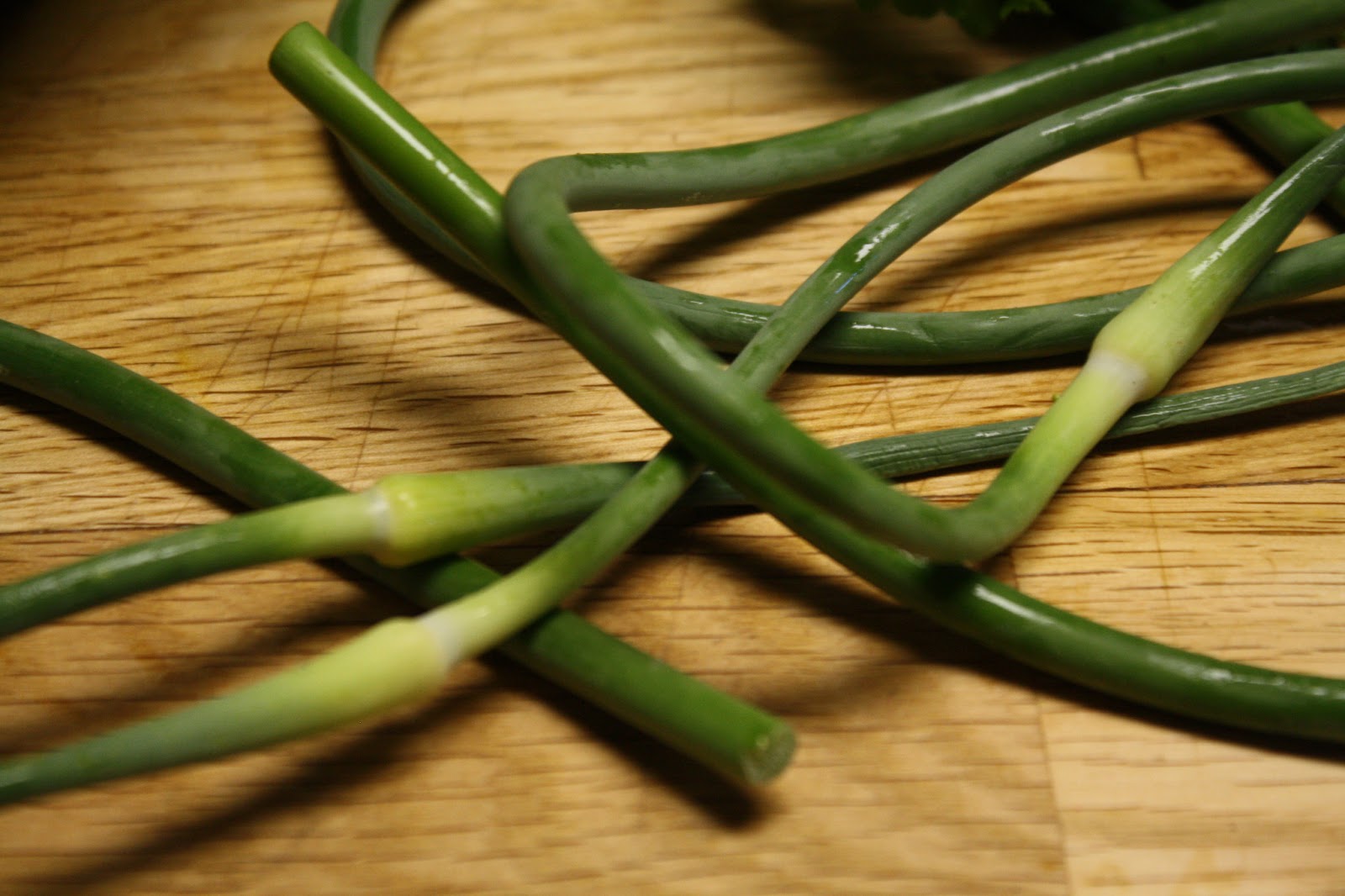 The greens and lettuce will go in salads, which we are enjoying immensely. It’s great to always have enough greens in the fridge to whip up a side salad with meals. (We always eat salad at least once a week as our main meal – we call Tuesdays Salad Night.) 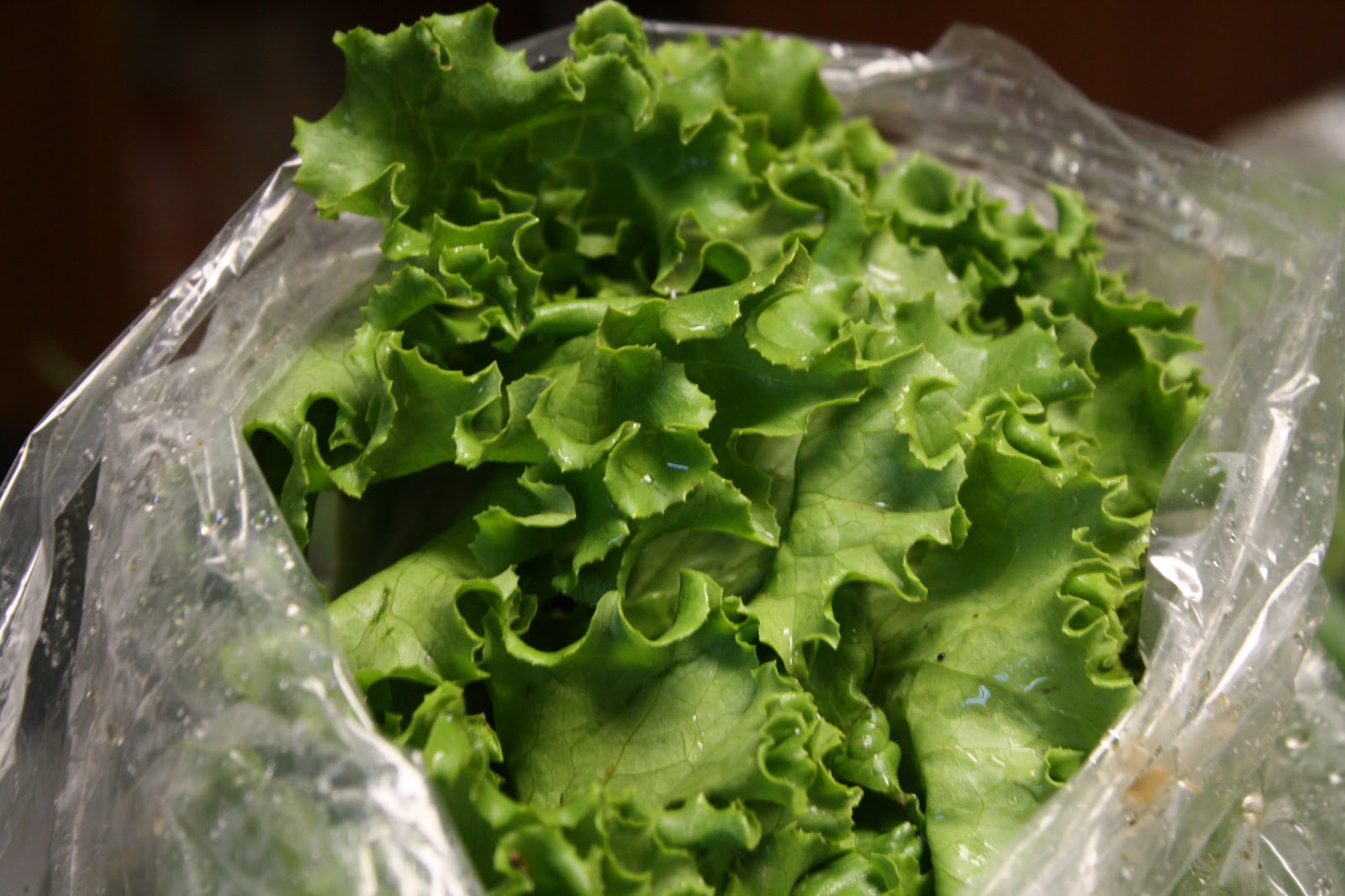 Counting down the days until the first tomato and the first pepper. I think I’m so excited for tomatoes I might lift it up to the heavens when I get that first one and offer prayers of thanksgiving!

Coming up next week, more garden updates after the storms we’ve had this past week, information about new studies on GMOs, and the influence of industrial agriculture and corporate food on the healthcare industry. 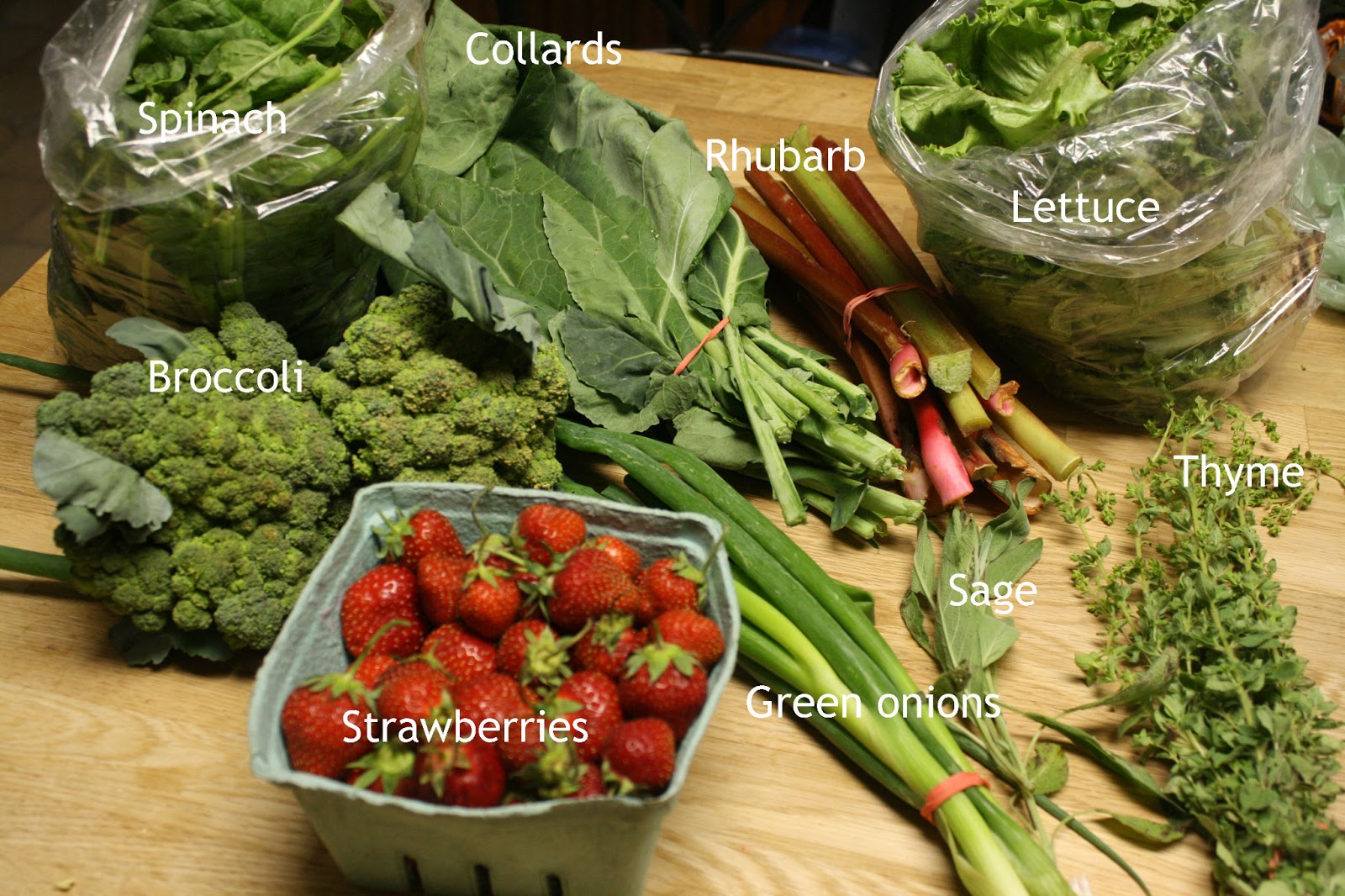 We’re going to combine the rhubarb from last week with this week’s to make a crumble, most likely this one. Berries are already in our lunches. Lettuce and spinach will make great salads and we can use extra spinach and broccoli in side dishes. Green onions are great on salads, or in the dish I made last night with ground pork from Clarion River – dan dan noodles.

These collard greens will become soul food, probably with some bacon. For people who are not familiar with different types of greens, this visual guide is great. 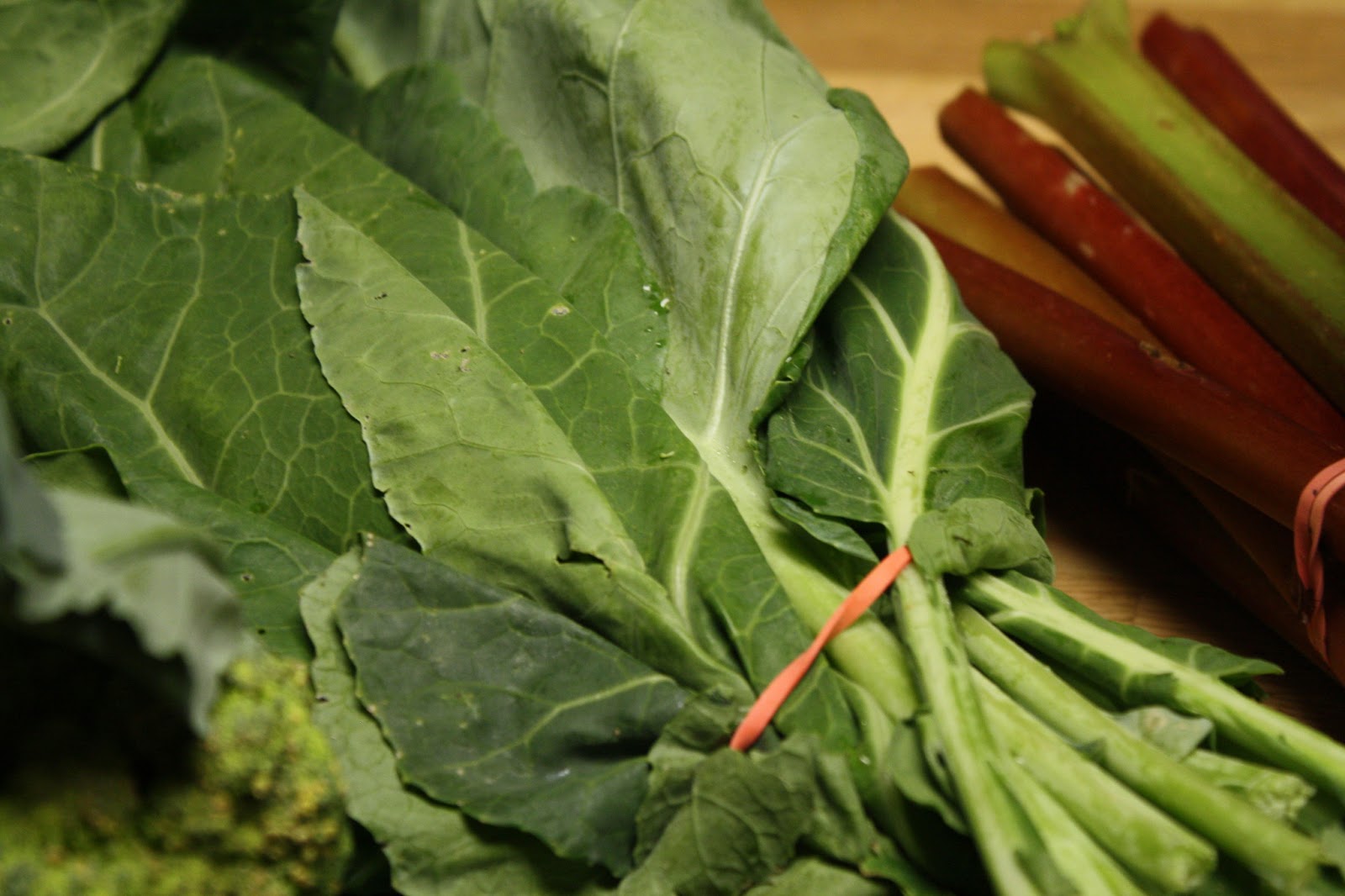 Thyme and sage will be dried out, as we’re starting to get a large stash of fresh. 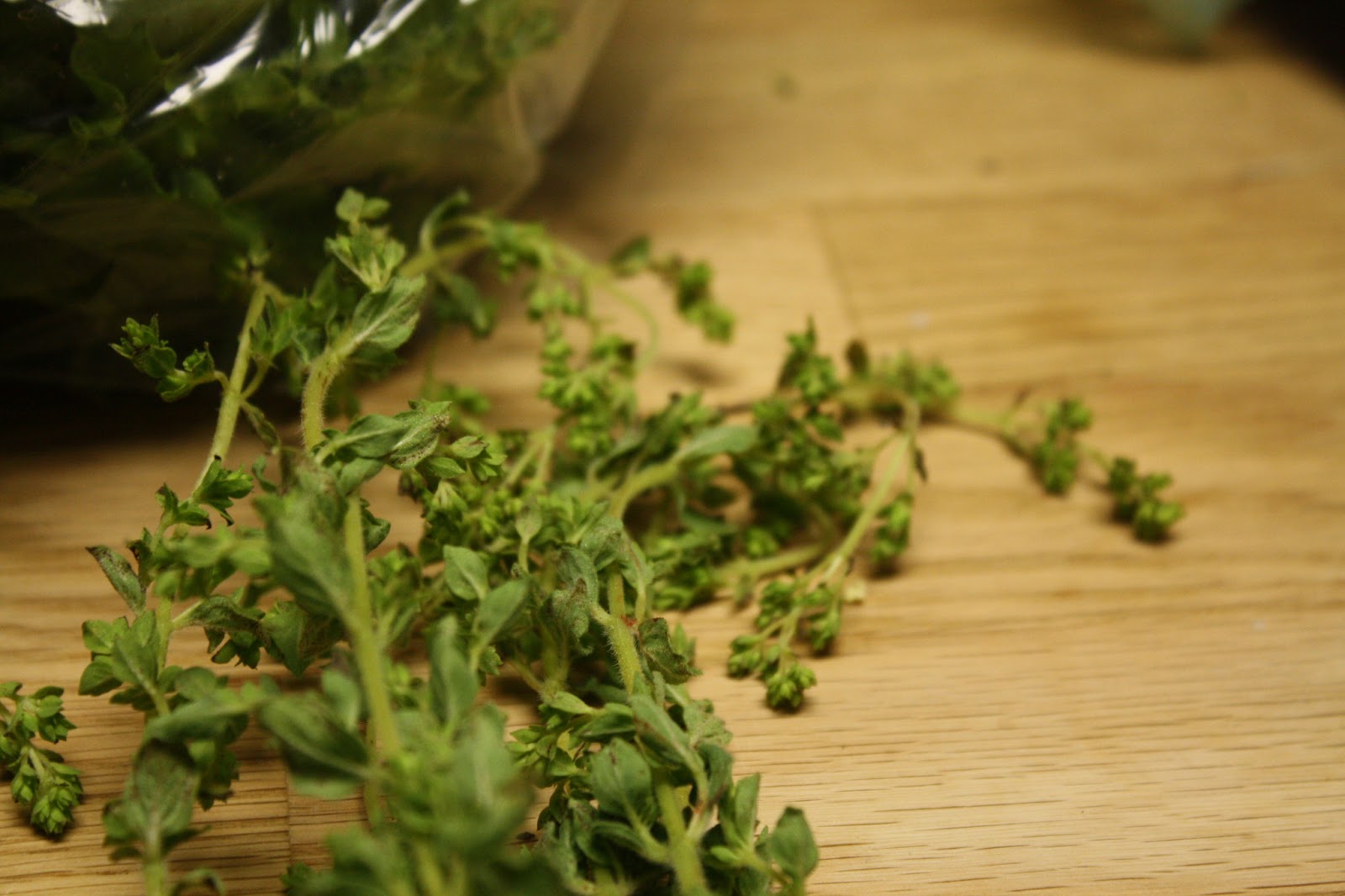 Last but never least, the extra purchase this week: a flat of strawberries. You know what that means…it’s jam time. 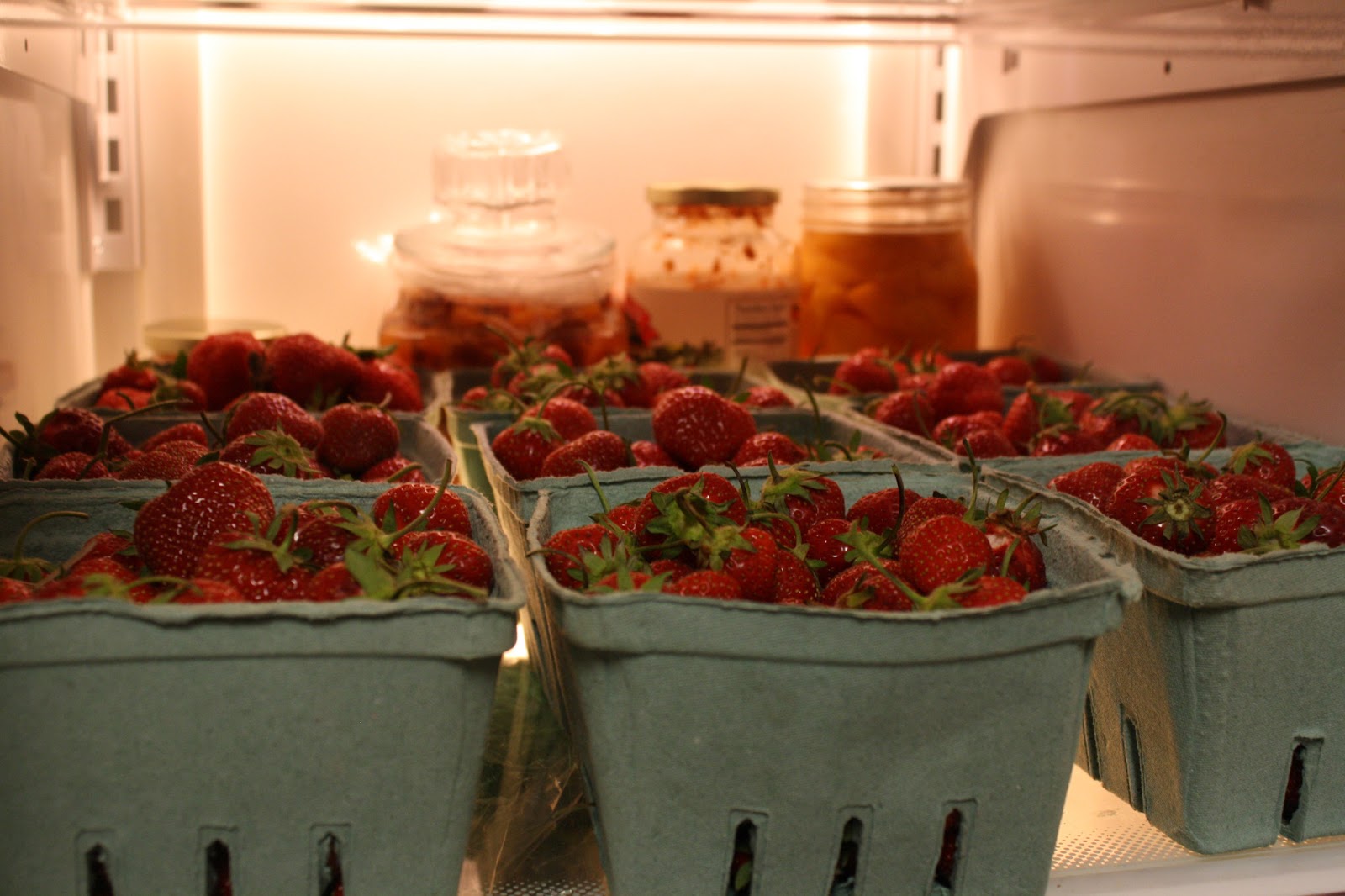