We spent the weekend in Geneva, Ohio with friends for a friend’s wedding. While we were in town for the weekend, we checked out some local wineries, which are fine, but not being a fan of sweet wine, most of the stuff we tried didn’t exactly float my boat.

But one place in particular stuck out and was definitely worth the visit – Red Eagle Distillery. 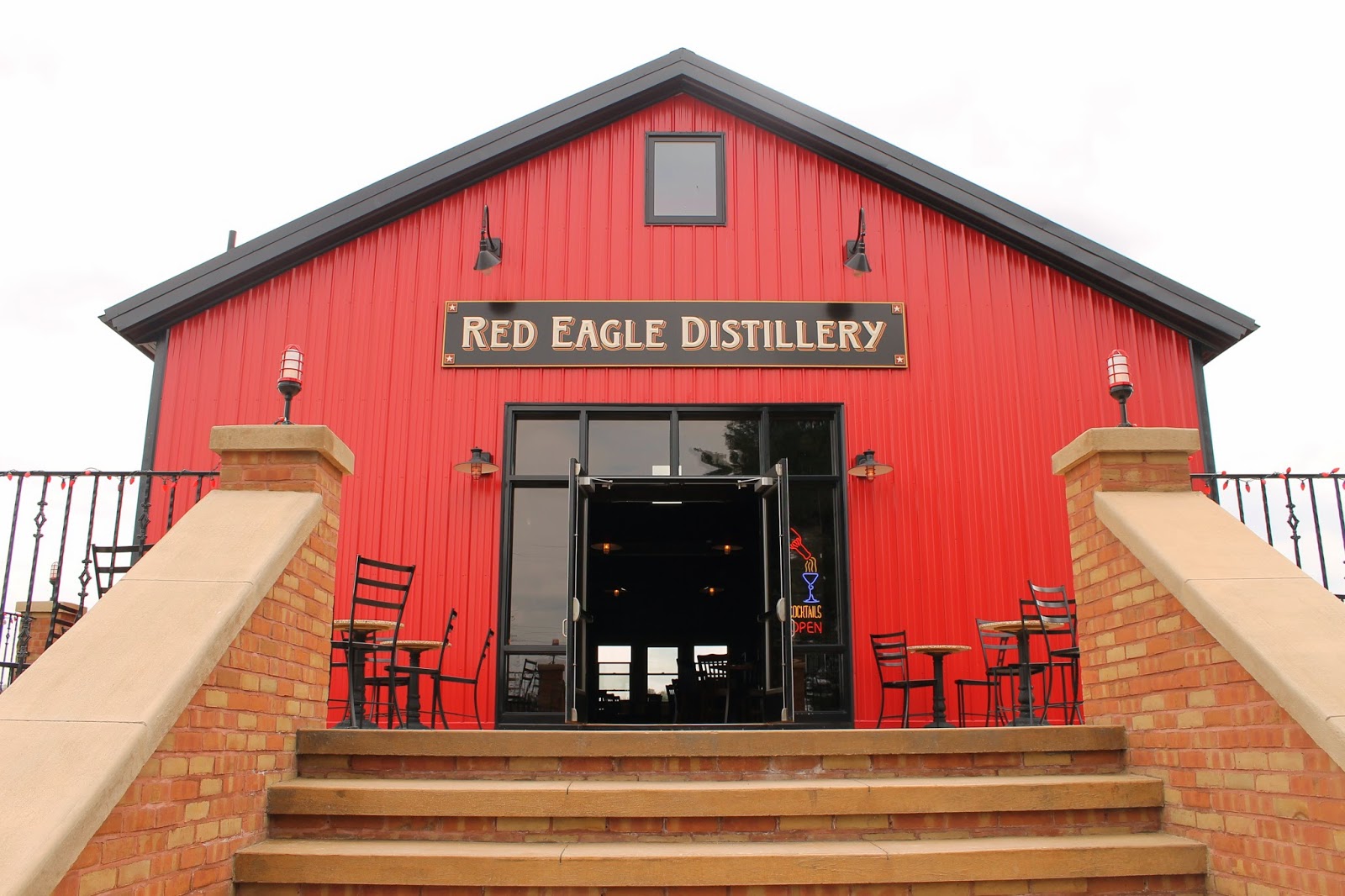 They make three of their own spirits – a rye whiskey, a bourbon and a vodka. While the whiskey is obviously made from rye, the bourbon is made from various grains (primarily corn, which is why it’s a bourbon) and the vodka from grapes. 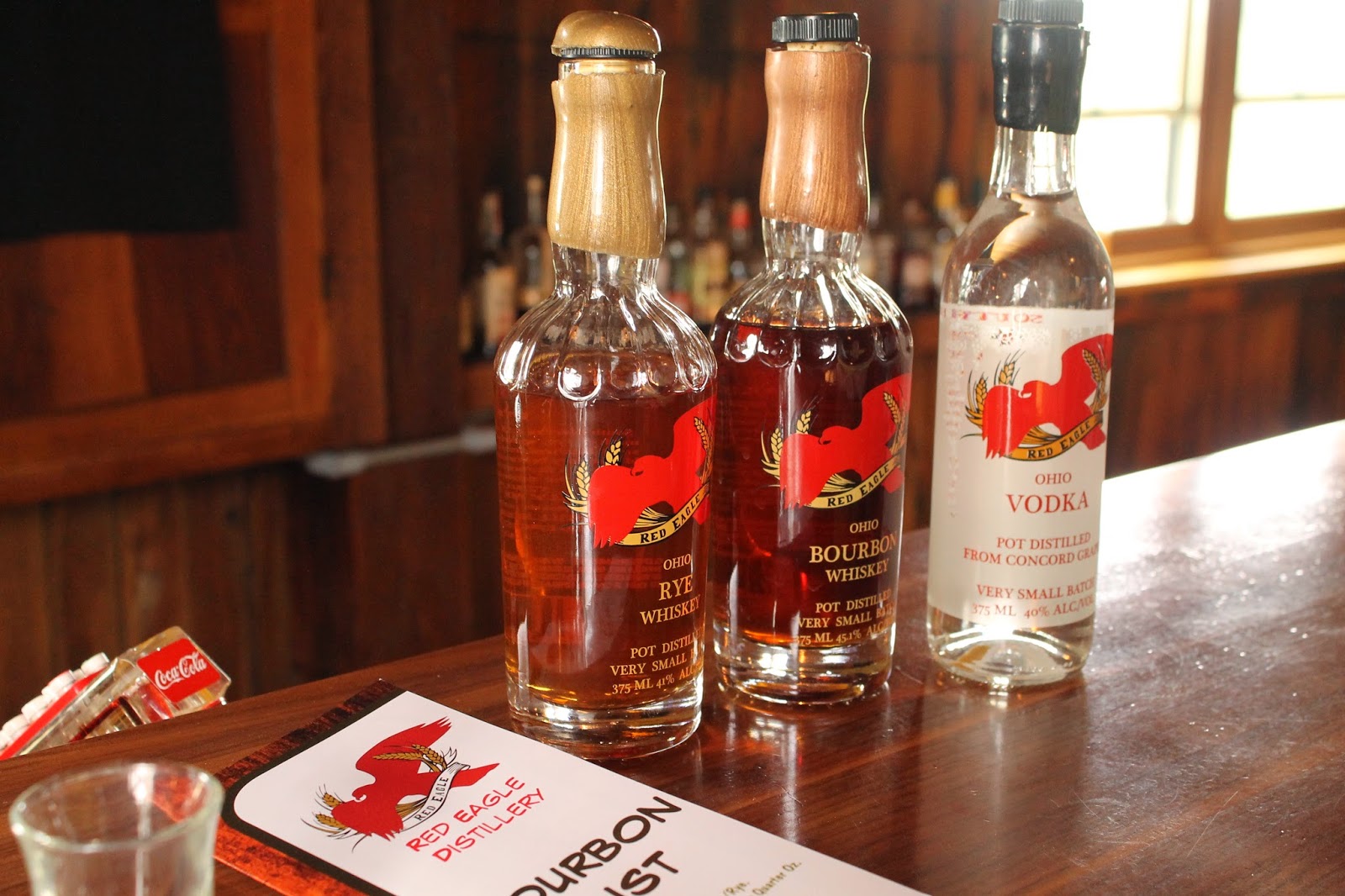 We did the tasting option for all three, and I was surprised at how much I didn’t hate it – only because I’m not a hard liquor person, typically. Maybe I like micro-distilleries like I like micro-breweries – the small batch and artisinal quality make the difference? Anyway, the vodka intrigued me the most, especially as our knowledgeable bar tender / tasting expert explained how you can make vodka out of many things, but they make it from grapes, since the same people who own Red Eagle own the next door South River Winery.

I ended up choosing a vodka cocktail to drink, and Mark had a bourbon cocktail. It was a cloudy day, but warm enough to hang outside on their patio. Though honestly, check out this amazing interior. Just beautiful. Made me want to have a party. 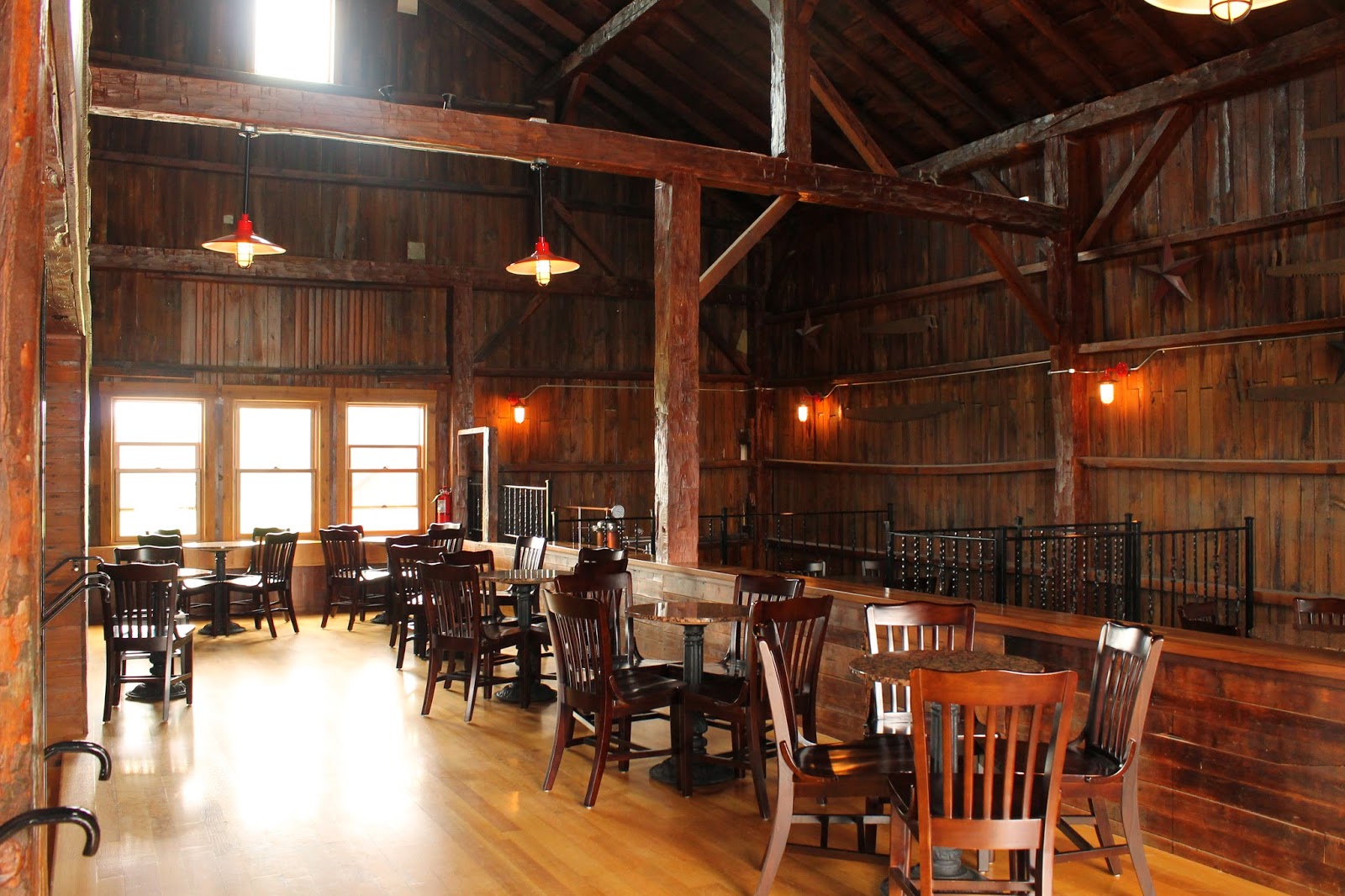 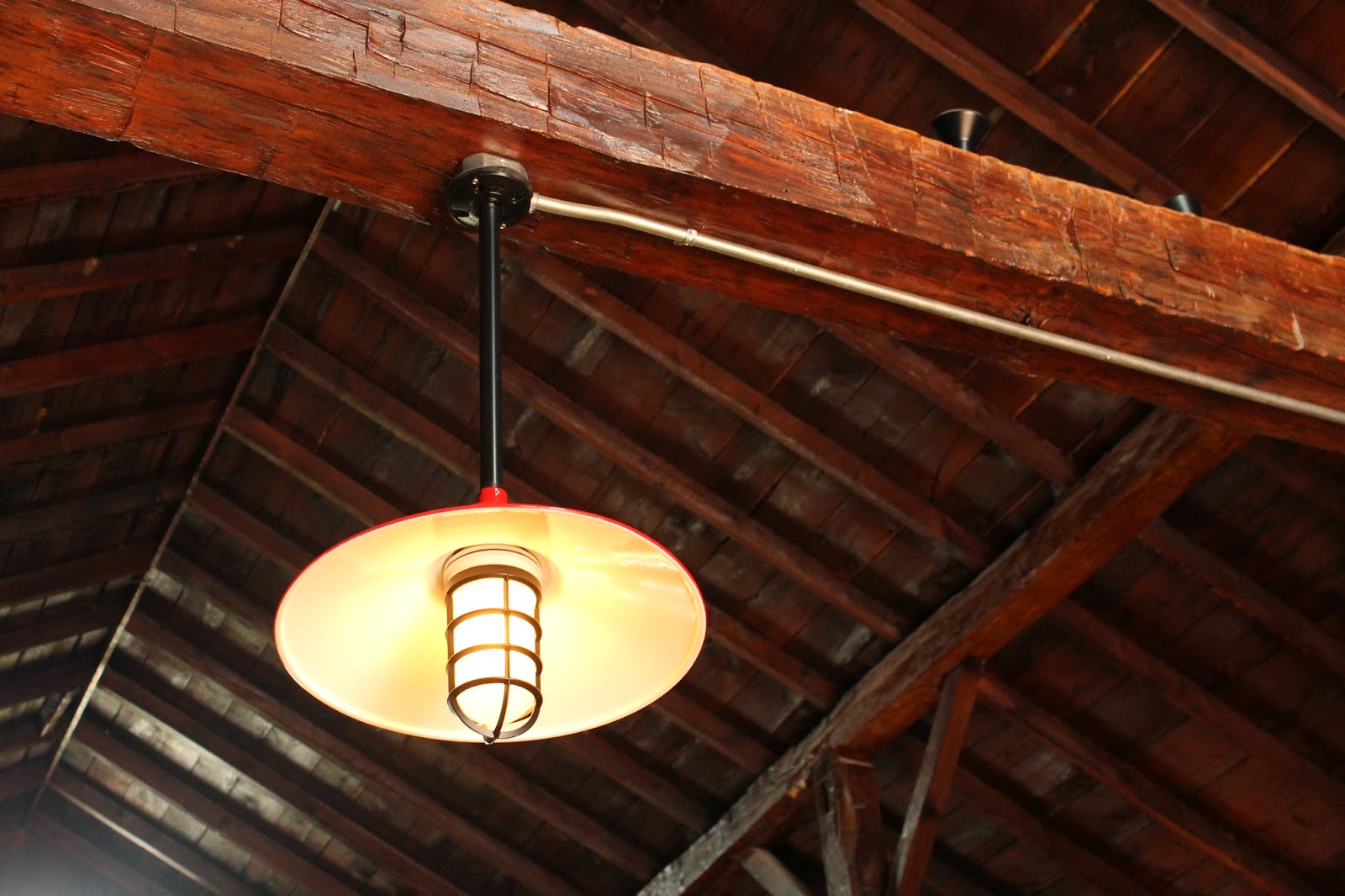 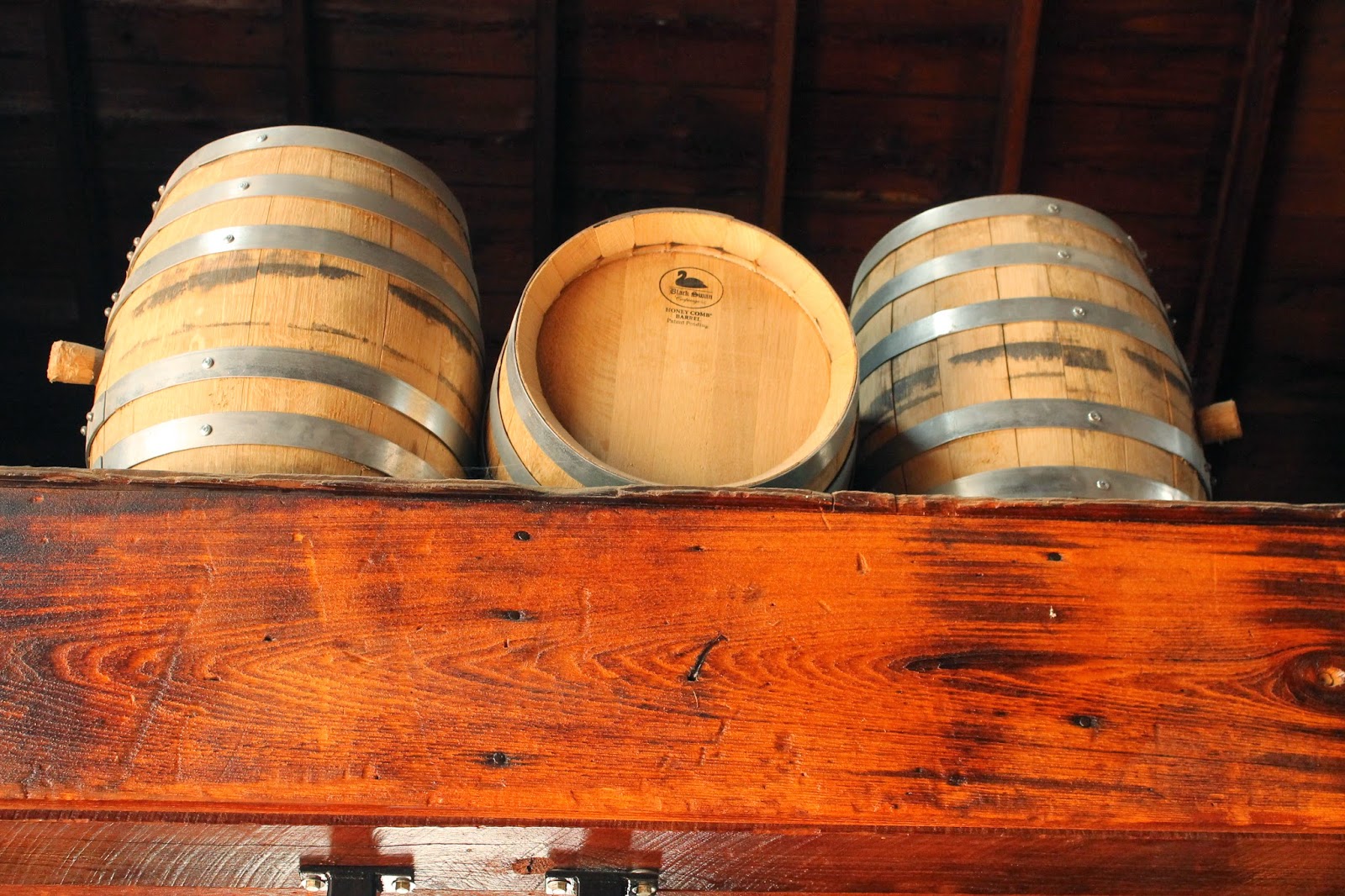 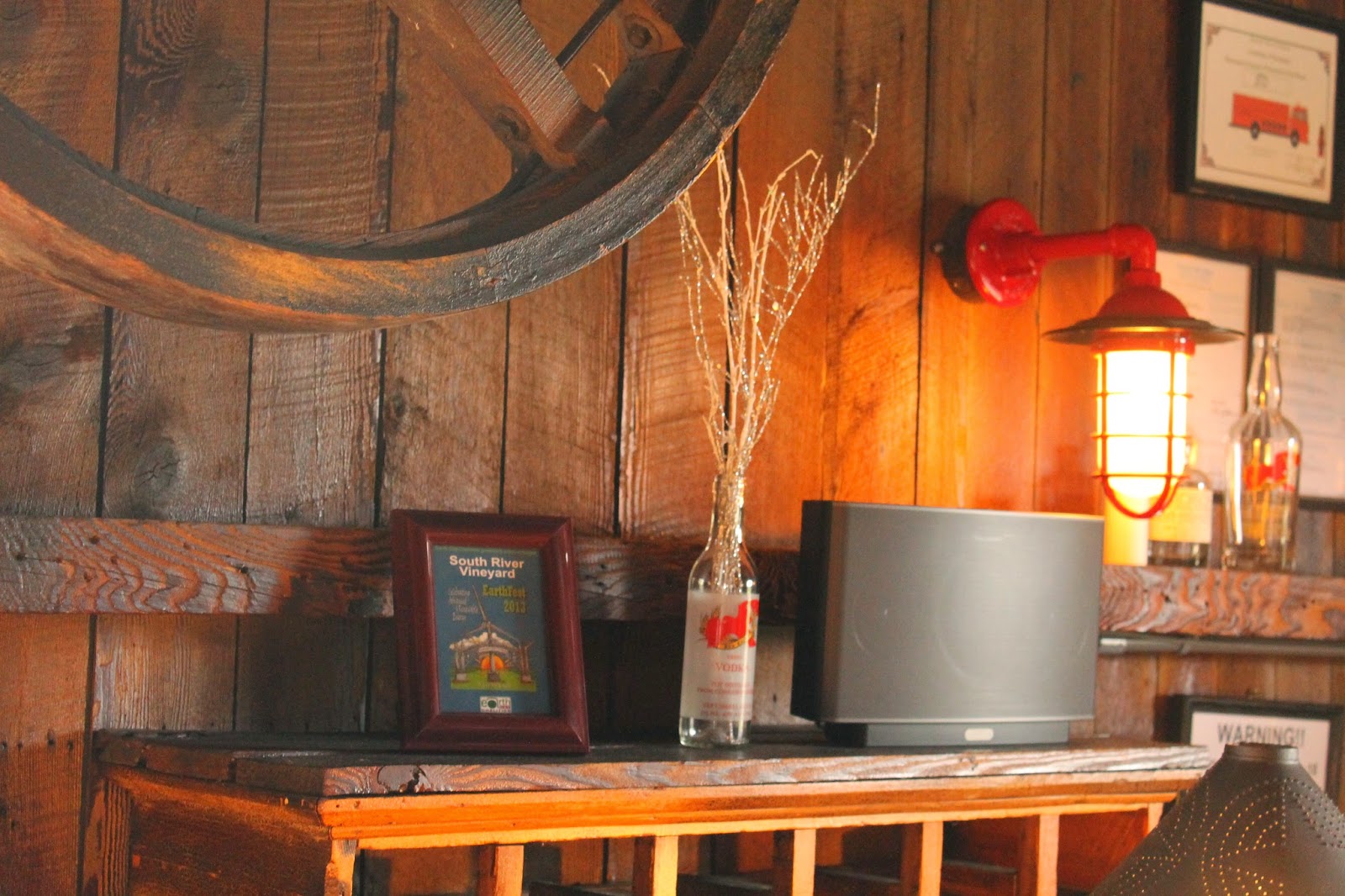 Red Eagle also serves craft beers on tap, including a stout that was aged in bourbon barrels. Between the cocktails and the beers, there was definitely something for everyone, and it was a great alternative to most places in that area that only serve wines. Had we more time, we probably would have stayed for a second drink!

If you’re ever in the area, definitely give Red Eagle a visit!

To celebrate her 30th birthday, my best friend chose to visit Wigle Whiskey, the first whiskey distillery in Pittsburgh since Prohibition. I’ll admit, I thought it would be fun to go, but I am not really a liquor drinker. I’m usually much more happy with a beer or a glass of wine in my hand. But apparently I was drinking the wrong whiskey – because Wigle blew me away. 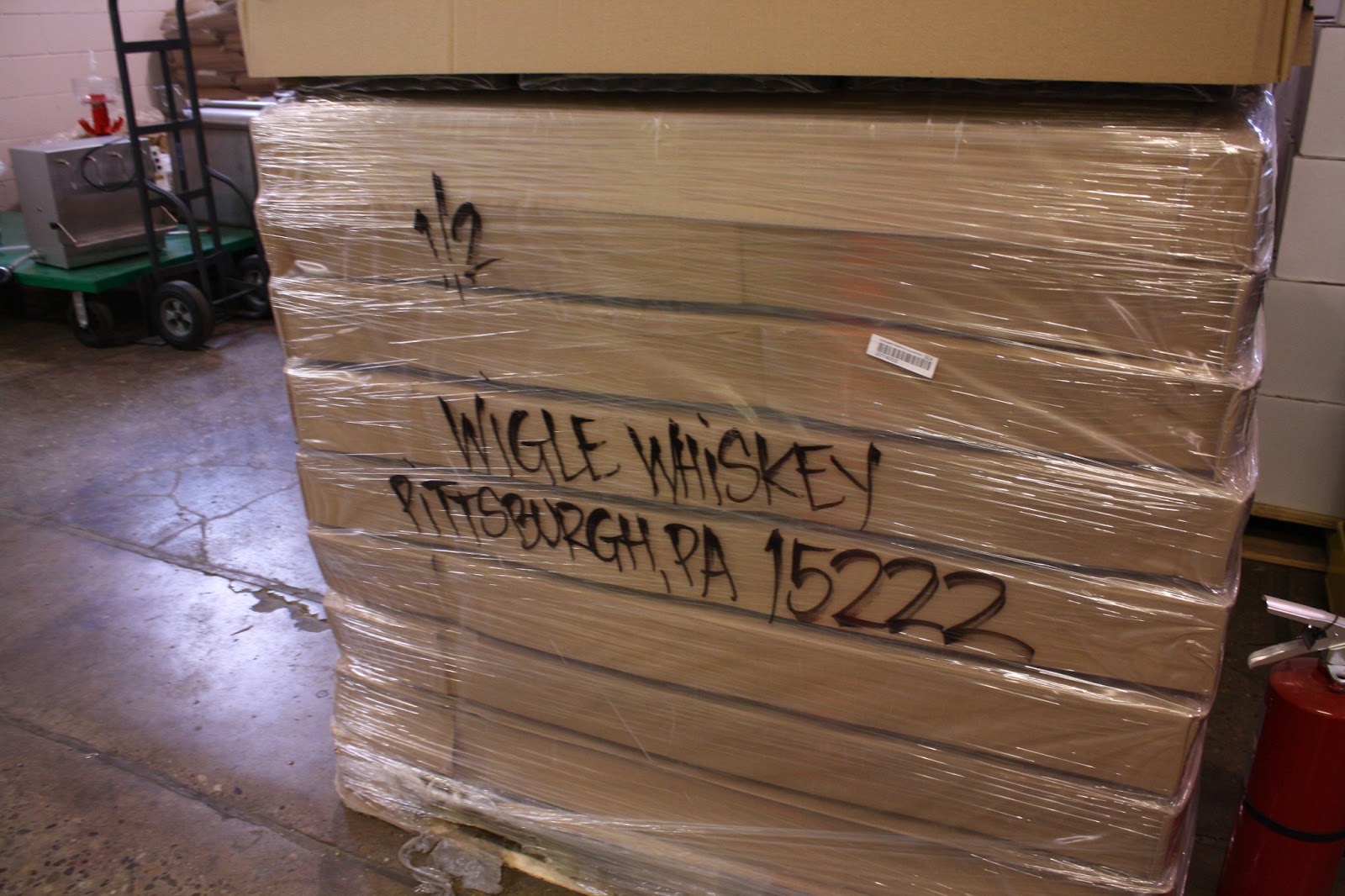 As soon as you check in for the tour, you get a cocktail. Mine had pomegranate and ginger beer in it – delicious and probably the best cocktail I’ve had in years, at the very least. 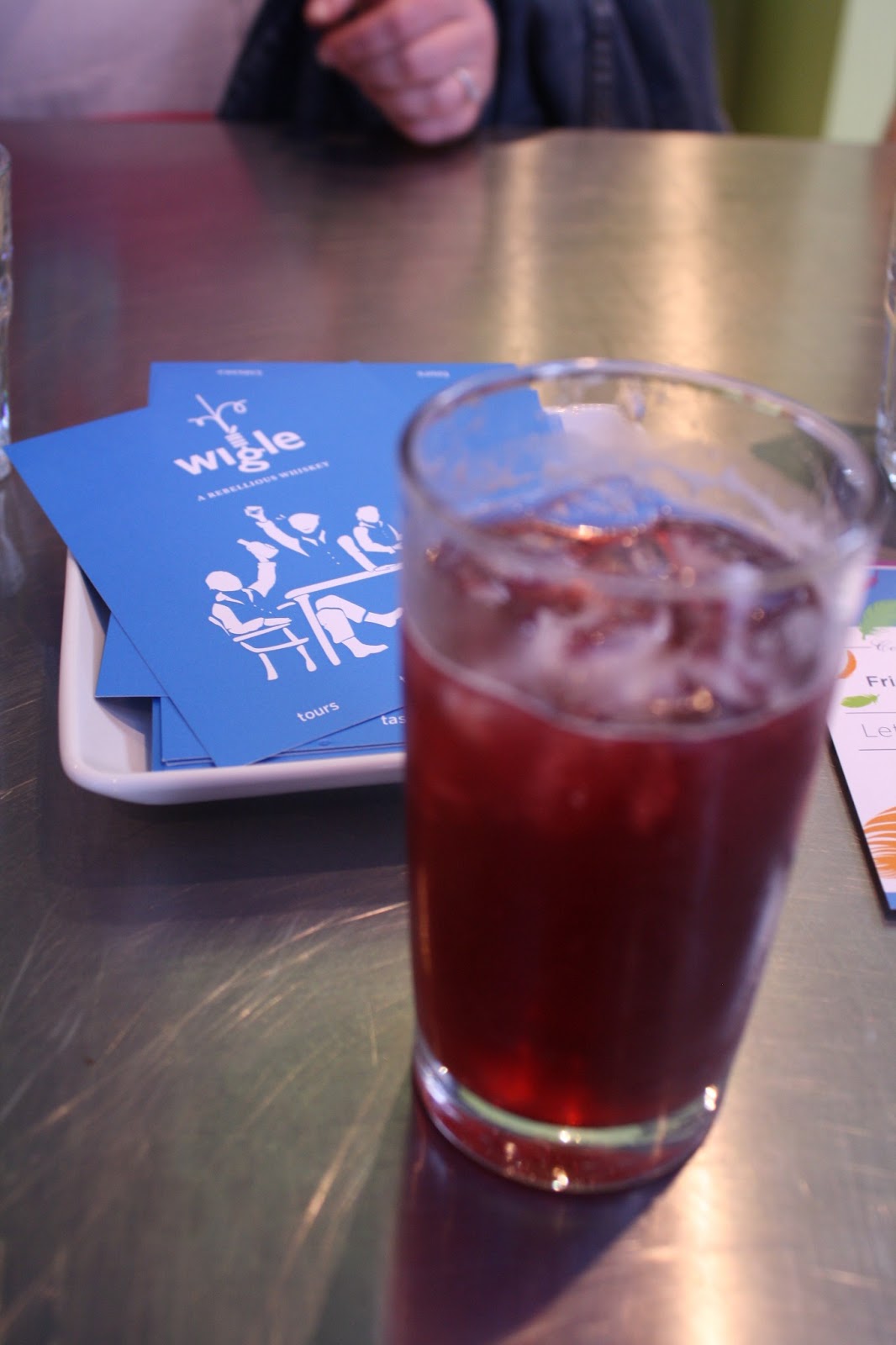 The space is cleverly designed and matches the fantastic graphic design. Check out this awesome light fixture – whiskey bottles! 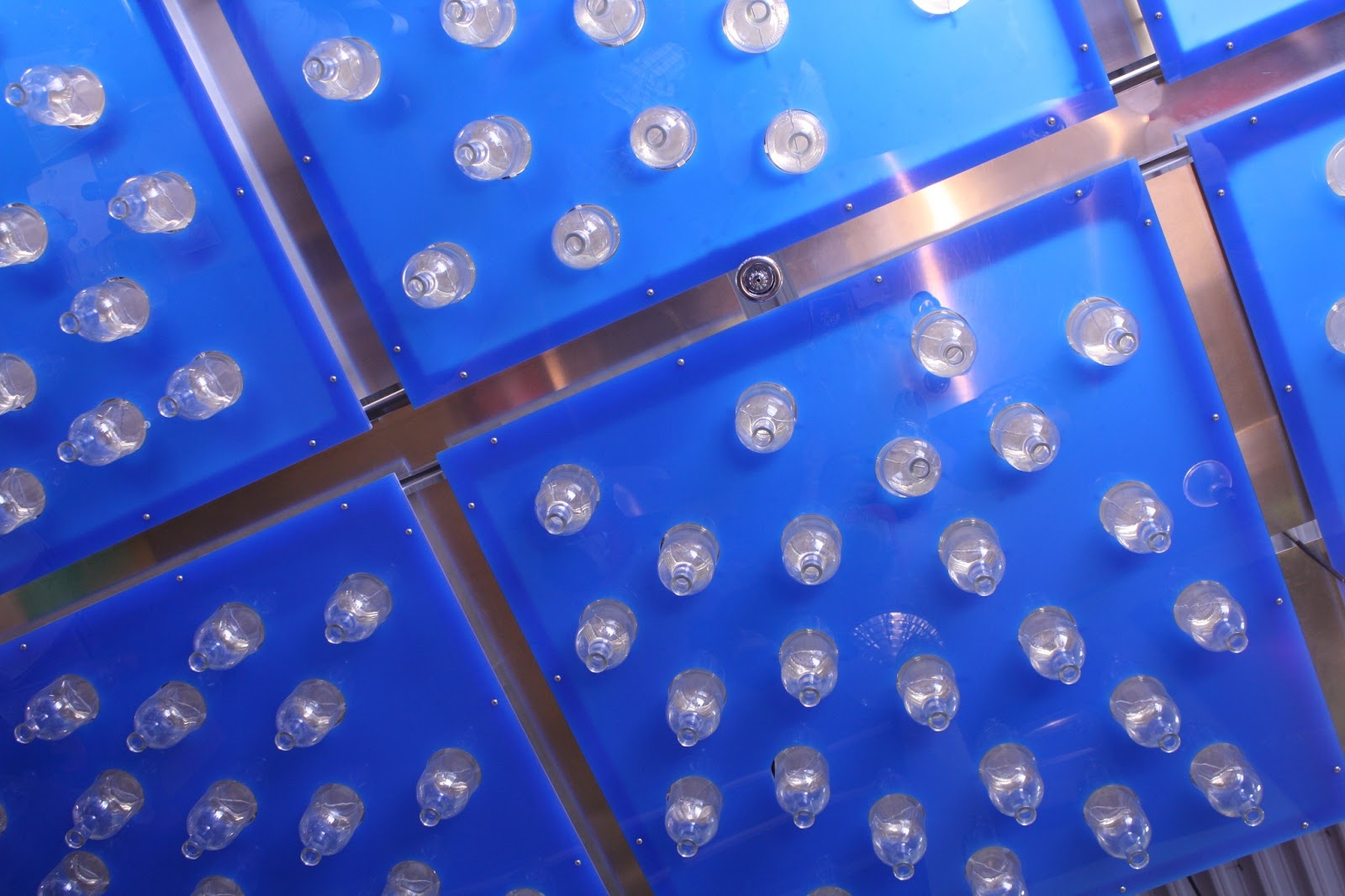 The tour was entertaining and engaging. The owner started at the very beginning, with the grains that eventually become the whiskey and gin. As he explained the process, he’d also tell the story of the Whiskey Rebellion in the 1790s in western Pennsylvania. The distillery is named after Philip Wigle, a hero of the rebellion who was convicted of treason for his part in the rebellion, but was later pardoned by President Washington. 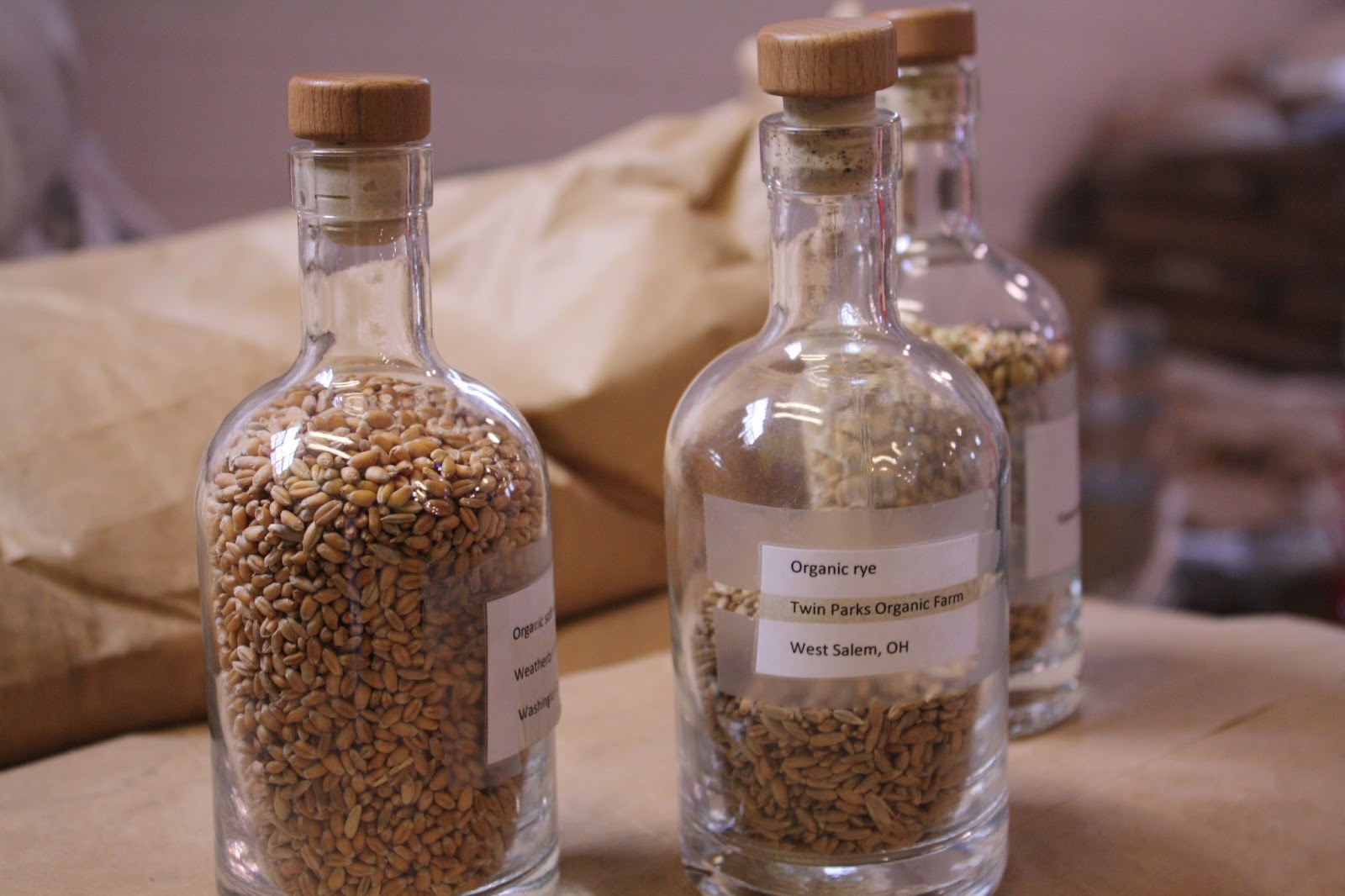 Mark and I were excited about how all of the grains used are organic and from local suppliers, including the farm where we purchase our beef. During the tour we followed the grain through a grinder and a masher, and learned that technically you make beer before you make whiskey, since the grains are fermented. 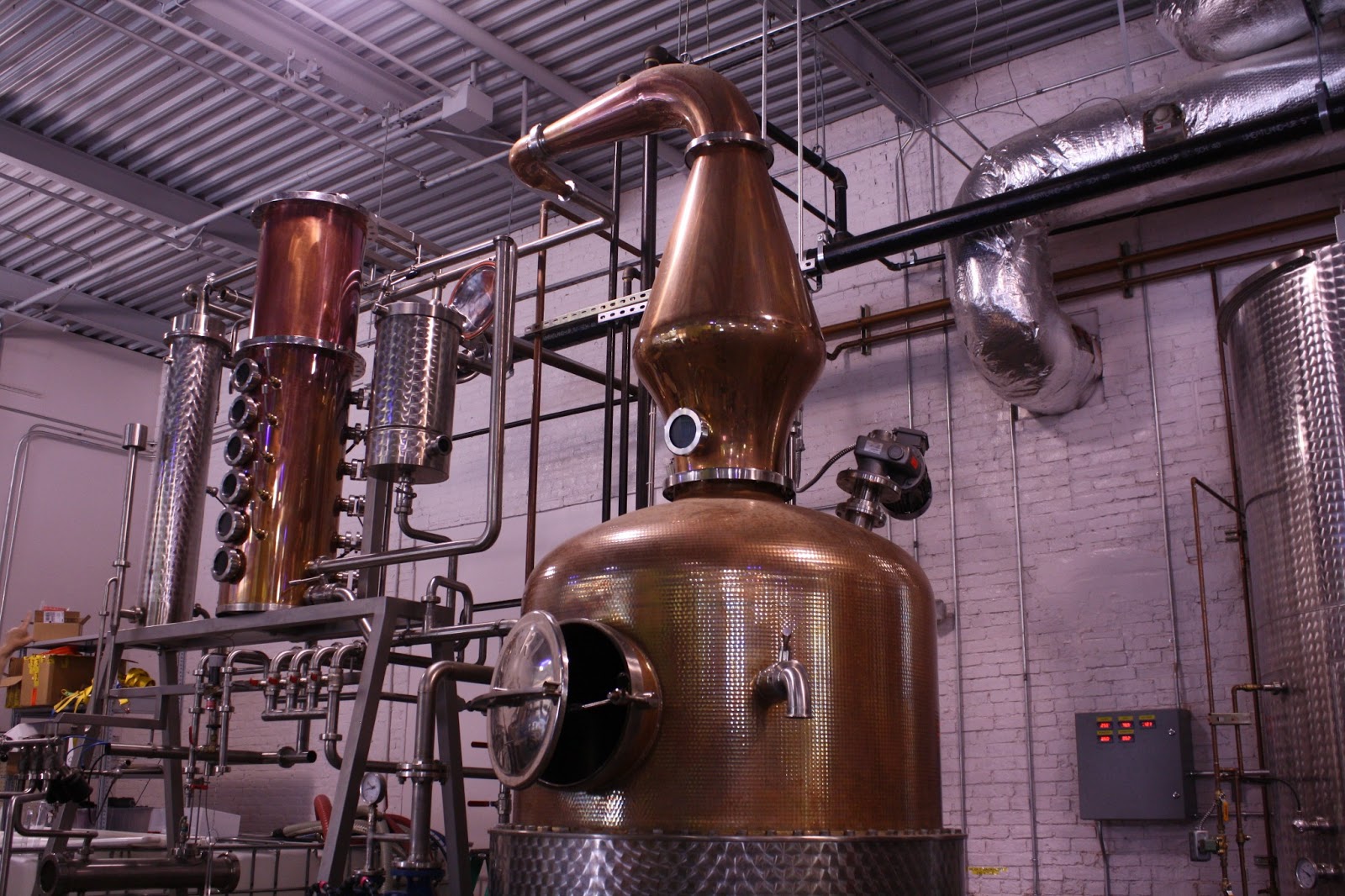 The still itself was impressive. In addition to the whiskey, the owner explained how their ginever (the predecessor to modern gins) is made (from a mash of barley and rye) and a mix of botanicals. Wigle sells white whiskey which is unaged, as well as whiskey aged in barrels, and ginever.

After the tour, we got a tasting of each type. 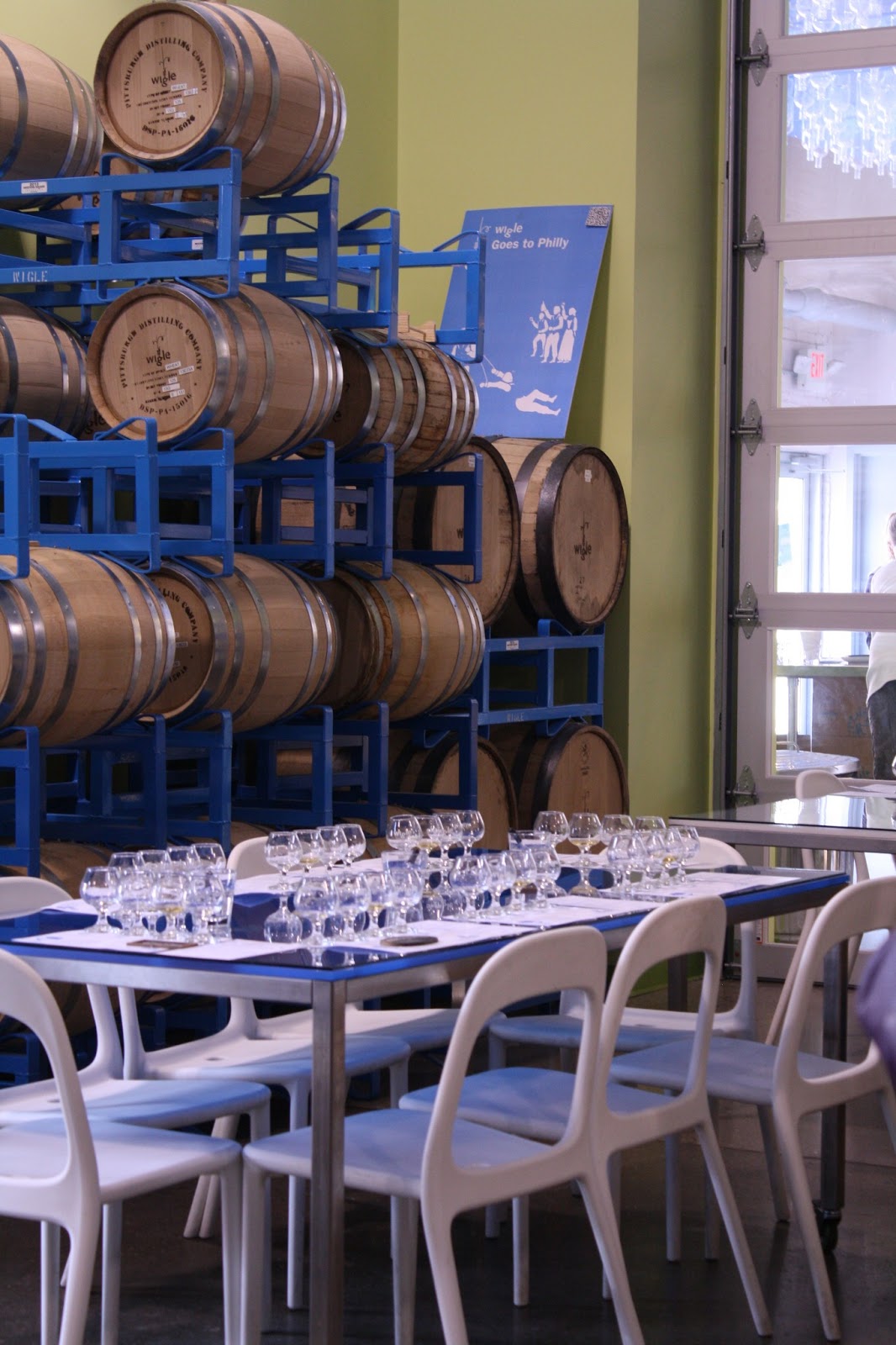 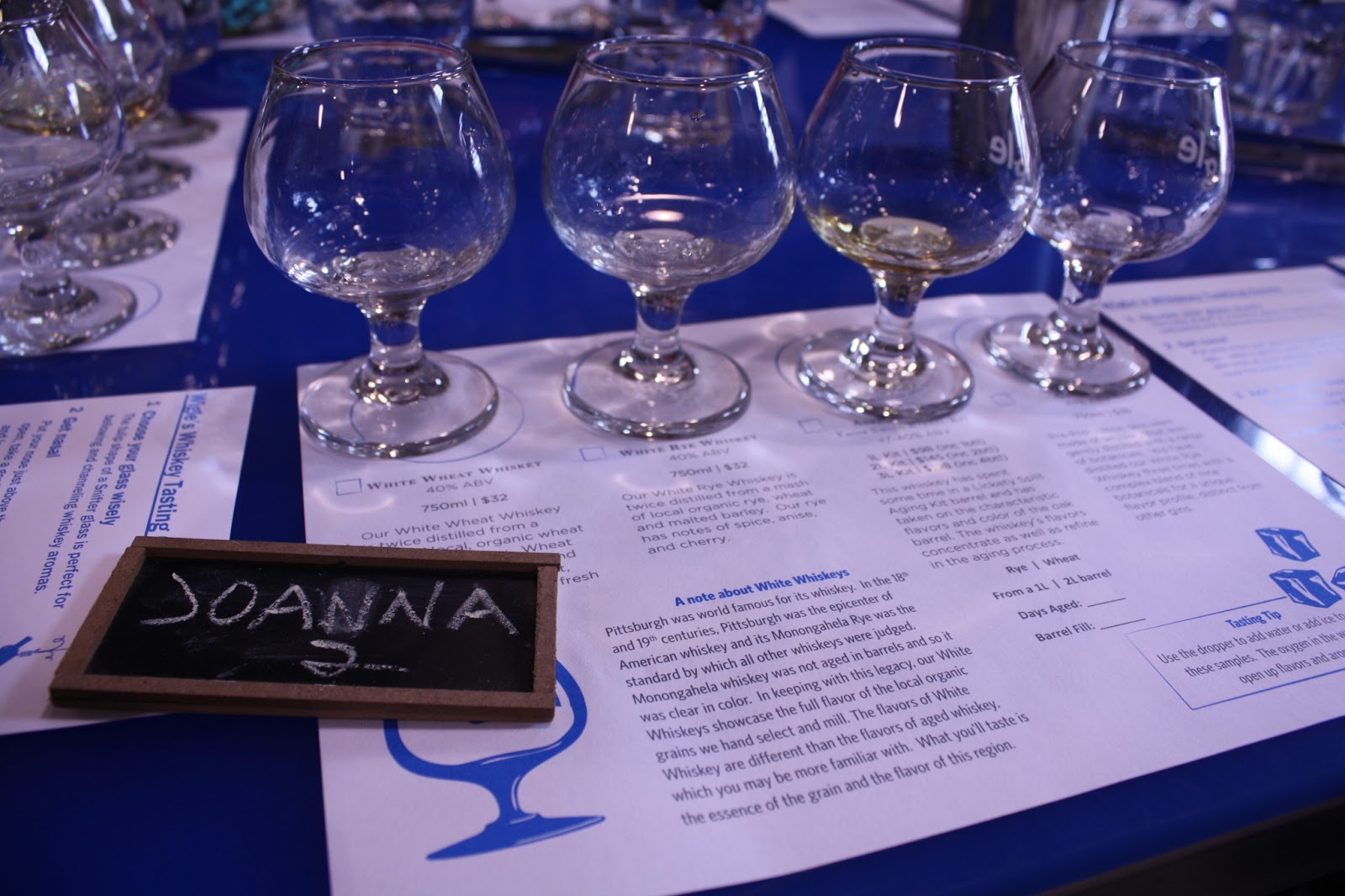 Each person also got a sheet with tasting notes and suggestions about how to  taste spirits in general. Many of the principles were the same as wine tastings. We also had water and ice at our tables to add oxygen to the spirit and open up other flavors.

I was shocked at how much I enjoyed the tastings. I will still never be a whiskey on the rocks type of girl, but it was great to really taste the difference between an aged and an unaged whiskey. I also found that Wigle’s whiskey left a pleasant aftertaste.

We also tasted their ginever, which was a far cry from the pine tree car air freshener tasting traditional gin I’ve had. You could really taste the botanicals (though none of us were really good at guessing which ones were in the blend!).

We came home with a bottle, and I’m excited to say I will be enjoying cocktails this summer. Pittsburghers definitely need to get out there for a tour and tasting. A great way to support a local business and have a refreshing drink this summer!