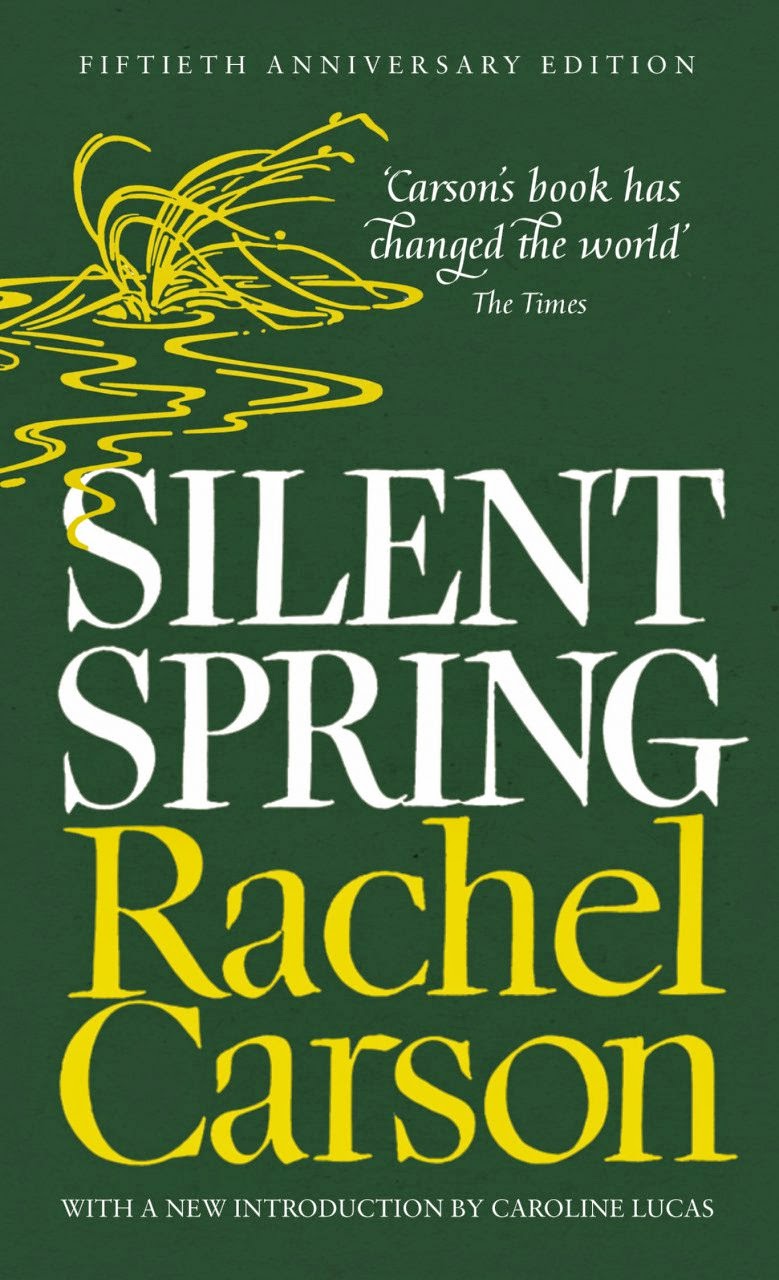 In my nearly 9 years of living in Pittsburgh, I have crossed the Rachel Carson Bridge many times – on foot and in my car. I’ll cross it this weekend during the Pittsburgh Half Marathon. I’ve always vaguely associated Rachel Carson’s name with Pittsburgh and with environmental stuff. There are outdoor programs and nature trails named after her, so it’s hard to live here and not know her name.

But it struck me recently in doing some reading about pesticides, that I had never read the book that really started it all when it comes to raising public awareness of the risks of pesticides. So I picked up Silent Spring in audio format and got acquainted with Rachel Carson.

(I should note that I would not recommend the audio version that I used. The narrator had a highly obnoxious voice that made it hard to concentrate. I think I would have enjoyed this book even more had I read it in hard copy.)

The book is credited with starting the environmental movement, which still continues to this day, more than 50 years after the publication of the book. Carson’s arguments are centered around the idea that the use of pesticides and insecticides is detrimental to the environment and all things that are a part of it. Actually, Carson calls the pesticides and insecticides that she details “biocides,” since they affect more than just their intended targets.

Nature doesn’t operate in separate compartments – everything is interrelated. When one piece of the ecosystem is threatened, it threatens the balance and health of everything. This also holds true for water, which while in itself not a living thing is a vital part of all life on earth. As Carson points out, pollution of water somewhere is pollution of water everywhere, since we have a limited supply of fresh water on earth. Along those lines, poison at any part of the food chain travels up and down, affecting predator and prey. This simple summary doesn’t do justice to Carson’s extensive research or her talent with prose (which can be hard to come by in books about science).

Silent Spring is heavy on details, which while that makes it dry at times, is a good thing when it comes to the validity of her arguments. I’d imagine if I had a hard copy there would be footnotes a plenty. It’s also important to keep in mind that it was written in 1962, so some of the particular details of what she talks about aren’t accurate anymore – things like particular chemicals that are no longer in use in agriculture (most notably DDT). But sadly, even the parts that aren’t factually accurate anymore are still relevant, since chemicals that have since been banned have been replaced by others.

While this book won’t be up your alley unless you’re really interested in pesticides and their impact on ecosystems, it’s worth knowing about this book in the broad sense and what it has done to impact where we are currently with these issues. For more on how Silent Spring jumpstarted the environmental movement, check out this piece in the New York Times from the 50th anniversary of the book’s release.

Pittsburgh can be really proud that one of its natives was an environmental pioneer and a fascinating person in general. (I’d actually love to read more about her life and the years before Silent Spring, since she died just two years after its publication.)

last week at next gen house